Medium published my new article “The End of the Ego Era” 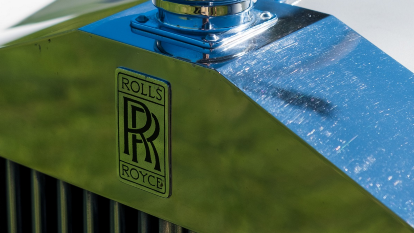 The ego was great as long as it served us. The desire for power, knowledge, and wealth drove civilization to innovate, create, and challenge its own limits. Thanks to the ego, we now live longer, lead easier lives, and engage much more in realizing our dreams than in survival.

Now that nature has demonstrated what humanity can be like, we can rise above it and end the ego era.We can keep it as a reminder of what we can be like if we are unaware, but instead of the ego, it is time we ushered in the age of care for one another.

But over the last several decades, the human ego has grown out of proportion. It is no longer working in our favor; it has become toxic and noxious. Today the ego is making us intolerant to other views, exploit other people and all of nature, and disregard the ruin we are leaving for our children. In fact, in some countries, even children are becoming somewhat of a rarity as people see child rearing as an unrewarding task.

Through such unnatural tendencies, and through excessive self-absorption, the ego is destroying the planet we live on, the society we live in, and even our own bodies. The ego, in a word, is killing us.

Today, the ego is telling many people not to wear face masks and fight for their freedom of choice. But at a time of a global pandemic, what could be more ruinous to ourselves and to others than not to follow the minimal requirement for avoiding contagion? Yet, egoism is blinding us to the fact that it is risking our lives and the lives of our loved ones in the name of fake freedom when in truth, the ego is the master and we are its slaves.

Or, take nationalism, for example, a classic type of egoism. It demonizes another country or nation and convinces us that if we only ruin, impoverish, or conquer that monster, our lives will be all rosy. It entices us to launch a campaign against our perceived nemesis and when we end it devastated and heartbroken, it tells us that we’ve been used again by opportunistic politicians and heartless tycoons. And so we end up broke, downtrodden, and hopeless. But behind the scenes, it is the human ego that is running the show, laughing at all of us behind our backs.

It is time to put an end to the ego era. It is time to see that if we raise our heads and look at each other instead of catering to our quirks, we will find that we have no enemies. Every person who is different from me shows me something I could never see alone. We show each other new beauty, teach new ideas, and introduce new ways of thinking just by being different. It is diversity that makes the world we live in beautiful, and it’s diversity that keeps it going.

Even the most extremist views must not be destroyed. They are extreme because their opposite extreme exists as well, and together, they allow us to tell good from bad, choose unity over separation, care over carelessness, and connection over alienation. Were it not for extremists, we would not be able to develop ourselves.

In fact, if we try to annihilate them, they will only grow under the surface and infest our whole society. This is when they become dangerous, when we do not use them to cultivate unity and try to forcefully uproot them.

The same nature that runs the world we live in creates the most bizarre phenomena in humanity. And just as it does not make mistakes when it creates trees, it does not make mistakes when it creates different people. We are the ones with the wrong perspectives. We are the ones who think that one view is good, as long as it is mine, and cannot see that in nature, nothing is uniform, diversity rules, and thanks to it we thrive. Had nature made humanity uniform we would not know we have to change and would continue to lead our unsustainable lifestyle to our sorry end.

But now that nature has demonstrated what humanity can be like, we can rise above it and end the ego era. We can keep it as a reminder of what we can be like if we are unaware, but instead of the ego, it is time we ushered in the age of care for one another.

“What Is The Reason For So Much Violent Crime In The USA?” (Quora)
Podcast Powered by podPress (v8.8)