“What Is The Reason For So Much Violent Crime In The USA?” (Quora)

Michael Laitman, On Quora: “What is the reason for so much violent crime in the USA?“

There has indeed been an upsurge of violence recently in America. For instance, murders in Chicago and New York are currently 50 percent higher now than what they were at this time last year, and then there are also the protests-turned-riots in Portland, which show no end in sight.

The deeper reason behind the violence is the alienation and estrangement at the core of today’s American society—the feeling of not sharing the same views, nationhood and ideologies with others—clashing with an increased interdependence and interconnectedness that demands more unification.

And we can expect the situation to get worse if the country’s divisions are left untreated.

Instead of rummaging through the reasons for the violence, I’d like to shift the emphasis to the solution… 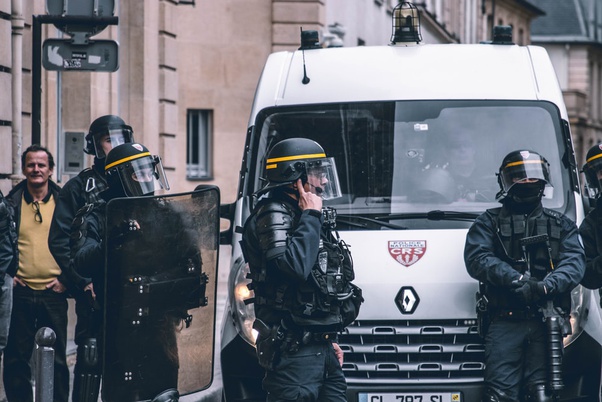 The solution is that Americans need to work out how to live together.

On one hand, violence, racism and politically-fueled division extends far back into America’s history, but on the other hand, it has never been as extreme and widespread as it is today.

It is as if problems that were lurking in the shadows for many years have exploded into the limelight, with much more resentment and hatred added in the mix.

Therefore, in addition to inevitably dealing with the problems on a case-by-case basis, there should be a more enveloping shift to develop mutual responsibility and consideration in American society above the divisions and differences.

What this means in practice is that every citizen should be cared for by having a respectable living standard secured in exchange for their participation in activities that aim to increase unity above the divisions.

Such a formula would allow American society to move in a new positive direction, as it would be aligned with the interdependent nature of our times.

As the past paradigm of materialistic individualism that America thrived on transitions to a new era where success depends on more unity and cooperation, the times are calling on Americans to emphasize what unites them above their differences. If Americans fail to meet this new challenge, then we can expect a historic decline of the superpower into a third world country status.

For the time being, many people are focused on pointing out the perceived shortcomings of the views that oppose their own, and would seemingly be happy to destroy those who hold contrary views. But there is no effective long-term solution in such an approach.

Like any live organism that is composed of many systems that have pluses and minuses, conductors and resistors, we have to learn how to rise above the level of our individual “cells” and “organs” that we exist in, and see the whole organism to which we all belong. We would then see the need for opposing opinions and their role in balancing society. However, more importantly, we would see how the focus on unity above division is of utmost importance in discovering a newfound social harmony.

Therefore, America’s positive thrust forward from its current divisiveness is in each member of society internalizing the mutual dependence that all Americans share. The more that everyone feels the dependence that they have on others, and likewise, the importance of their own influence on others, then the more everyone will have to recognize both sides of the coin as belonging to the same coin.

It is thus my hope that Americans will rise to the current test of the time and start feeling the need to shift the emphasis to unite above the divisions. Their positive future depends solely on this.

Above photo by Harrison Moore on Unsplash

“What Are Some Basic Understandings You Should Have Before Reading The Zohar?” (Quora)
Podcast Powered by podPress (v8.8)