“America — Either Everyone Succeeds Together, Or No One Will Succeed” (Medium)

Medium published my new article “America — Either Everyone Succeeds Together, or No One Will Succeed” 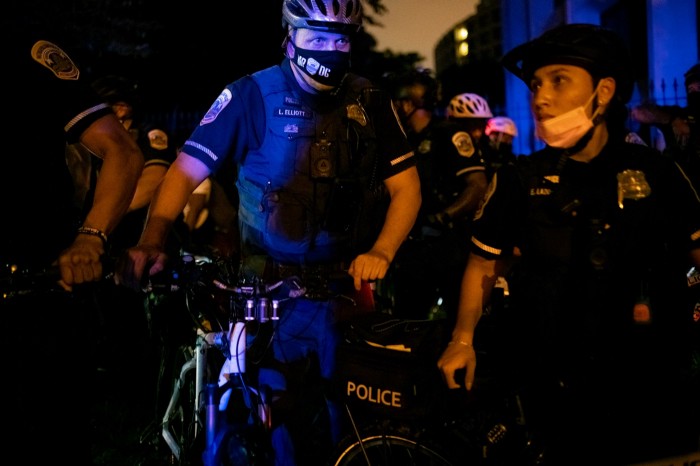 A few weeks ago, I warned that the spreading unruliness and violence were only going to worsen unless they were treated correctly. After some of the countrywide George Floyd protests became violent came more localized incidents, but they were just as disconcerting. The Seattle Capitol Hill Occupied Protest (CHOP), the Portland unending riots, the Chicago rampage on the city’s Magnificent Mile upscale section of Michigan Avenue, and the rising tsunami of gunshot victims in New York that has already claimed nearly 1100 lives this year alone are all symptoms of the same ailment: alienation and disconnection. The next president will have his hands full and I don’t envy his position.

We don’t have to like those who are opposite from us, but we do have to acknowledge, value, and maintain all sides and facets of the nation. Without even one of them, the country will crumble.

In many respects, America is already in a state of civil war. But without borders between North and South, without clear ideologies that one can choose besides a penchant for anarchy, it is hard to determine who is fighting whom. Therefore, for now, it looks more like chaos than war, but it is very painful nonetheless.

I don’t think that there can be a quick fix to the situation in America, but there is certainly a solution. The only question is how fast and after how many needless victims the American people will opt for it.

The solution is simple: Americans must find a way to live together. In the past, the relationships between blacks and whites, Democrats and Republicans, or Conservatives and Progressives were not as tense and full of hate as they are today. Of course, American history is rife with bigotry and violence on a racial background. However, it seems as though this time, it is happening all over the country, at the same time, and with added tensions and frustrations accumulated over decades of neglect. So although there has always been racism in America, this time, it seems like another facet of a generally disintegrated society that is coming apart at the seams makes the situation much more perilous.

I don’t know by whom and I don’t know how this can be done, but I know that as always, so now, the solution to America’s problems is not in dealing with each problem separately. The solution can only come through mutual responsibility, when each resident is guaranteed a sufficient and dignified standard of living, above which it will be possible to develop national consciousness that is stronger than one’s personal view on the sensitive issues that are tearing the country to pieces.

It will not come in a day, and it will not come without a learning curve, but there is no choice. Either everyone succeeds together, or no one will succeed. In today’s reality, interdependence is a given. No one can survive alone, and it is only the complementary nature of civilization that enables it to continue. If we try to eliminate the diversity and go solo, we are dooming ourselves.

Everything in reality has its opposite. If it didn’t, we wouldn’t be able to know about it since we notice anything only on the backdrop of its opposite. The idea that eliminating the people or ideas we don’t like will improve our situation is a figment of our self-centered imagination. But it is a very dangerous one, since should we succeed, we would eliminate ourselves along with the target of our hate.

If we want to grow, we can do so only by examining ourselves against those with whom we disagree or of whom we disapprove. As much as we may dislike them, we are totally dependent on them. Understanding and accepting this truth is vital for our survival in the interconnected society that we have become. We don’t have to like those who are opposite from us, but we do have to acknowledge, value, and maintain all sides and facets of the nation. Without even one of them, the country will crumble.
[269652]

“What Are The Businesses Of The Future?” (Quora)

“Is There A Learning From The Global Corona Pandemic, That We All Are Missing?” (Quora)
Podcast Powered by podPress (v8.8)