If we used to caution our kids about talking to strangers and walking in side alleys, today they sit at home with their mobile devices and all the dangers are at their fingertips.

The “best-case scenario,” if you could call it that, is shock and taunting of the one who got pranked. This is also why the participant who gets pranked is often also not a friend of the pranksters, but a victim of bullying.

The worst-case scenario, however, is much worse: death and severe injury.

The tragic nature of this phenomenon shows us how we are incapable of controlling ourselves as a society.

It is not the first viral challenge that has led to harming and killing its participants. Also, once again, it has taken death and injury for us to wake up to the problem and try to apply a patchwork solution, until the next case comes along.

We have the means at our disposal to restrict the Internet so that such negative phenomena stay away from our children and teenagers.

We can demand that international organizations oversee the Internet, determining and monitoring what is allowed and disallowed.

We could raise youth awareness to be better equipped in dealing with the freedom they have on the Internet.

Moreover, if we wanted to, we could impact a revolution by instigating a new form of education spanning the education system as we know it, in addition to media and cultural influences that shape our values—connection-enriching education that aims to clarify how a positive future depends on actively developing positive social connections.

Since most of the complaints about the harm caused from such incidents come from concerned parents, then this appeal is primarily to the parents: With your common concern for your children, unite and together break the social consensus that everything is permissible. Otherwise, tomorrow your child could very well be the next victim. 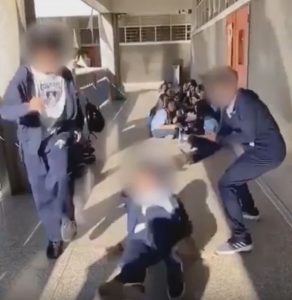 “Do You Think That Each Person Has Its Key To Happiness And Why Is That?“ (Quora)