Preparations For The 2009 International Kabbalah Congress

At our Bnei Baruch center, preparations for the Congress are proceeding at full speed: 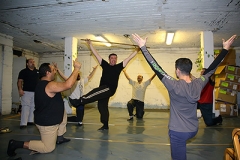 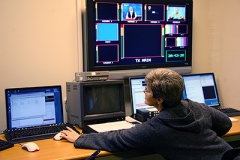 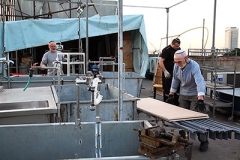 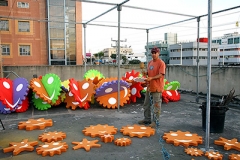 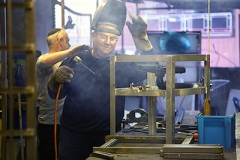 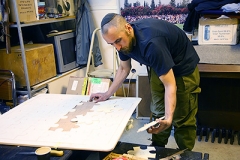 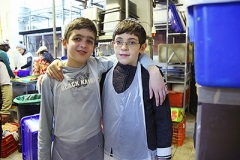 Egoism Can Force Us To Become Extinct

In the News (from The Associated Press): “Group of 6 arrested in western Ariz. fires includes 4 firemen” Four firefighters and two others have been arrested on suspicion of igniting between 15 and 20 fires in western Arizona to make money by fighting the very blazes they lit, officials said Tuesday.

In the News (from Max Planck Institute for Demographic Research, Rostock, Germany): “Does persistent low fertility threaten the future of European populations?” Three stylized demographic facts are nowadays taken for granted by many Europeans: First, European birth rates are very low and further declining. Second, the currently low fertility will inevitably lead to rapid population aging and population decline in the future. Third, these trends are unsustainable in the long run… Perhaps no one summarized the fears of shrinking Europe more succinctly than Pope Benedict XVI: “…the problem of Europe, which it seems no longer wants to have children, penetrated my soul. To foreigners this Europe seems to be tired, indeed it seems to be wishing to take its leave of history” (Vatican 2006).

My Comment: Egoism doesn’t need anybody; it wants to feel special and unique. The same thing will happen in all the countries as their population’s egoism develops. But the emergence of the quality of bestowal and love in people will naturally make them desire to have children in order to continue their kind.

The Way To Reveal The Creator Is The Right Desire

Three questions I received on the spiritual desire:

Question: First of all, thanks for a great Congress at Blackpool which I thoroughly enjoyed. Which prayers should we be saying as potential Kabbalists? I have watched the children’s lesson on prayer but cannot find the answer. Is there a particular prayer book we should use?

My Answer: A prayer is the heart’s desire. One should do all that one can to make his heart desire the goal of creation – the revelation of the Creator.

Question: Why does the Creator want us to need Him?

My Answer: Because He is the quality of “bestowal and love” within us. And this quality creates a sensation – within us – of an eternal and perfect life.

Question: You say that a person needs to feel a “deficiency.” What kind of deficiency are you talking about: spiritual or corporeal?

My Answer: This means that you must reveal that you don’t love others, and reveal it in such a way that it will suppress your self-love. It is as though you ascend on top of the mountain of your egoism through love for others, and to this degree, the Creator will be revealed to you, or rather, in you.

The Global Crisis Strengthens The Connections Between People

In the News (from World News): “Divorces are down because of economy” The recession and economic turmoil are creating a new class of casualties: married couples who can’t afford to get divorced. In these tough times, many people are finding it’s cheaper to stay together, even when they can’t stand each other.

My Comment: Similarly, the nations of the world will also realize that it’s necessary to stay connected. And then they will realize that any connection yields such benefits that even if they have the option of separating, they never will!

In the News (from Pew Research Center): “Internet Overtakes Newspapers as News Outlet” The Internet, which emerged this year as a leading source for campaign news, has now surpassed all other media except television as an outlet for national and international news. For the first time, more people say they rely mostly on the Internet for news than cite newspapers (35%). For young people, the Internet now rivals television as a main source of national and international news.

My Comment: People want a multi-faceted, interactive connection rather than one-sided information. The Internet makes it easier to uncover the lies that pervade all the mass media, because the users create a multi-polar source of information and commentary. When technology will enable television to be broadcast on the Internet, all other news outlets will disappear.

In the News (from The Wall Street Journal): “Ending the West’s Proxy War Against Israel” The reason for Gaza’s endless youth bulge is that a large majority of its population does not have to provide for its offspring. Most babies are fed, clothed, vaccinated and educated by UNRWA, the United Nations Relief and Works Agency for Palestine Refugees in the Near East. …Many of Gaza’s young – like in much of the Muslim world – dream of leaving anyway. Who would not want to get out of that strip of land but the international NGOs and social workers whose careers depend on perpetuating Gaza’s misery?

My Comment: On the one hand, there is all of the above mentioned, and on the other hand, they instigate Hamas and Iran. And this is how they create the problem of the Palestinian nation. But there is hope:

In the News (from Asia Times): “The failed Muslim states to come” The present [financial] crisis is leaving the economies of the largest Muslim countries in ruins. …Iran’s President Mahmud Ahmadinejad controls Iran through a kleptocracy … What will Ahmadinejad do now that the oil price has collapsed? Despite the oil-price collapse, the government has not reduced energy subsidies [worth] more than a fifth of gross domestic product (GDP). Iran is eating through its $60 billion of foreign exchange reserves, unable to adjust to a collapse of its only significant revenue source.

My Comment: The crisis will force us to stop sustaining the UN, and then the UN’s “charity” will come to an end. The emissaries who line their own pockets will disappear, and so will the Palestinian problem, which they created for their own enrichment.

Additional Comment: There are many similar examples of how people “intelligently” destroy other people in order to make money. For example, up to 40% of the medications being distributed are inactive or even harmful. This fraud, perpetuated by those who sell us medicine that either doesn’t work or harms us, will only stop once they are reeducated. Basically, the crisis is our only hope!

Latest News: (from MyFreeze): British government ministers on Saturday criticized the BBC for refusing to show a charity fundraising appeal for Palestinians in the war-hit Gaza strip. The national broadcaster said BBC had rejected the ad because showing it might harm the BBC‘s reputation for impartiality and because it could not be sure humanitarian aid would reach the needy in the chaotic territory.

Filed under: Israel - No Comments →

Smoking Does Not Interfere With Kabbalah

Questions I received on smoking, evil, hell, and great desires:

Question: Does smoking interfere with spiritual development and the study of Kabbalah?

My Answer: Kabbalah was given to us in order to transform evil to goodness.

Question: How can you explain it when a person desires to absorb everything that exists and constantly strives to feel the Creator?

My Answer: He is aspiring to the goal of creation!

Question: Is there a belief in Kabbalah that one who blasphemes God can go to hell after death?

My Answer: Hell is shame that “burns you up.” Everyone has to go through it in order to reach Heaven – the feeling of similarity to the Creator.

Related Material:
Laitman.com Post: The Book of Zohar. Chapter “Commandments Eleven, Twelve, and Thirteen”
Rav Michael Laitman’s Interview with Writer Edward Topol
Attaining the Worlds Beyond: “The Evil Inclination”
A Guide to the Hidden Wisdom of Kabbalah: “At the Top of the Ladder”
Lesson on the Article: “Attaining the Unity of the Universe”