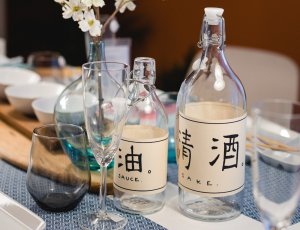 If this were not a true story, I would think it is a bad joke. Japan’s National Tax Agency (NTA) has launched a campaign called “Sake Viva,” which encourages young people to increase alcohol consumption. “Over the last decade,” explains Biswarup Bose, Consumer Analyst at GlobalData, “alcoholic beverage sales in Japan have been waning owing to the rapidly greying and shrinking population, and the declining alcohol intake among young consumers due to health or lifestyle factors. Consequently, Japan’s total alcoholic beverages sales fell from $112.4 billion in 2011 to $95.6 billion by 2021.” Anywhere else, this would be considered great news. But in Japan, apparently, money comes first, and the government is trying to get young people back to the booze.

Alcohol is an addictive drug. Once they get people hooked on it, they will not be able to do without it. Worse yet, addiction to alcohol is bound to lead to excessive drug abuse and a host of other problems that go hand in hand with alcoholism. I understand the need of the government to collect more taxes, but there are better ways to balance the budget.

One such way, and the one that I would recommend, is to strengthen the sense of solidarity in society. That would diminish government expenses to such an extent that the country would thrive. Increased solidarity would create balance in society, improve the stability of families and communities, and the overall strength of society.

Increased solidarity would not only eliminate the need for such harmful moves by the country’s tax authority (of all authorities) to balance Japan’s budget, it would lift the country’s society to a level that would make it a role model for the world.

Admittedly, such an idea, especially when it comes to the Japanese society, is completely unorthodox, but then, our time is also very different from the past. However sluggish Japan’s economy may be, increased alcohol consumption is certainly not the solution.

Instead of drinking more, I would suggest that the Japanese embrace a Jewish wisdom that is seldom used, including by the Jews themselves: the wisdom of connection. If Japan adopts the principles of solidarity and mutual responsibility among the members of society, its troubles will be over.
[302492]