“The Real Responsibility that Israel Should Take” (Linkedin) 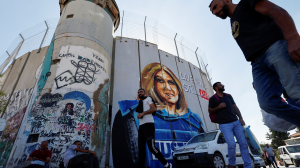 A few days ago, the Israeli army stated that after a prolonged investigation, it reached the conclusion that an Israeli soldier likely fired the bullet that killed Palestinian-American Al Jazeera journalist Shireen Abu Akleh. “There is a high possibility that Shireen was accidentally hit by IDF gunfire that was fired toward suspects identified as armed Palestinian gunmen, during an exchange of fire,” the IDF Spokesperson’s Unit said.

There is no question that Israel’s many enemies will have a field day over Israel’s candid statement. Countries that have no regard for human rights or second thoughts about brutalizing and murdering not only their enemies, but even their own people, and for the slightest reason or no reason at all, will decry Israel’s “indiscriminate” killing.

Having served in the army for several years, I know first hand that there is no such thing as indiscriminate firing on the part of Israeli soldiers. At the same time, accidents do happen, and journalists who position themselves right in the middle between the fighting parties are putting themselves at risk. It is a professional gamble that many journalists take, and as gambles go, sometimes you lose.

As for the world’s denunciation, I must admit, I do not give it a second thought, I never do. My concern is not what the world thinks, but what Israel does. If Israel does not do what it must do, the world will denounce it, vilify it, and demonize it whether or not it apologizes and whether or not it takes responsibility for the death of a careless journalist.

We are responsible because we are divided, and our division causes every woe and tragedy around the world. These are not my words; they are the words of our sages, who have been saying this since the inception of our nation.

When our sages wrote in the Talmud (Yevamot 63a), “No calamity comes to the world but for Israel,” they did not mean it as a figure of speech. They meant, very literally, that everything bad that happens in the world is because of Israel.

Those sages, and countless more sages and spiritual leaders in the history of Israel, have stated this not in order to accuse us, but to galvanize us into action. Because if everything bad is our fault, it means that we are doing something wrong, and that if we stopped doing it and began to do that something right, there will be no more calamities in the world.

Our sages did not settle for stating our fault; they also provided us with the remedy: Peace among us brings peace to the world. This is why Midrash Rabbah (portion 66) writes, “This nation, world peace dwells within it.”

The legacy of our sages has continued through the ages, and all our teachers have been teaching the same principle. In the 20th century, the great Rav Kook wrote along those lines in his book The Vocation of Israel and Its Nationality, “Only when complete peace and faithful love come, ‎and the pure feeling of recognizing the brotherhood between people develops … ‎when that development is completed within us, at a degree that merits being a role ‎model to many, all the nations will recognize it, and the blessing of peace will begin to ‎dwell in the world.” In other words, before we make peace among ourselves, there will be no peace in the world.

This is why we are responsible—not because an accidental bullet killed a reporter, but because our own internal division caused the external conflict with the Palestinians.

Going Beyond the Limits of Egoism

“I Trust Liz Truss Will Be a Good Prime Minister” (Times of Israel)
Podcast Powered by podPress (v8.8)