My new article on Linkedin “Unleash the Granny Power” 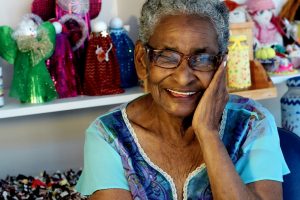 A story by Rachel Nuwer published on BBC Future describes a unique, successful, and inexpensive way to tackle depression in Zimbabwe. With only twelve psychiatrists for a population of sixteen million, even the few who can afford treatment are rarely able to find a therapist within a reasonable distance.

Therefore, instead of professionals, psychiatrist Dixon Chibanda, director of the African Mental Health Research Initiative, came up with a revolutionary idea that became known as the “Friendship Bench.” Instead of looking in vain for professional help, Chibanda mused, Zimbabweans would consult with people who have warm hearts, lots of free time, a passion for heart-to-heart talks and the ability to give good advice. These people would receive some training and, thanks to their warmth and patience, Chibanda hoped, would be able to help people in distress.

Brainstorming where to find such people, Chibanda arrived at an unlikely solution: grandmothers. Chibanda and his team trained more than 400 grandmothers in talk therapy, which they now offer for free in more than 70 communities in Zimbabwe.

The idea proved to be a resounding success. “In 2017 alone,” Nuwer reports, “Friendship Bench, as the programme is called, helped over 30,000 people. The method has been empirically vetted and have [sic] been expanded to countries beyond, including the US.”

In 2016, Chibanda, in collaboration with colleagues from Zimbabwe and the United Kingdom, published the results of a randomized control trial of the program’s effectiveness in the Journal of the American Medical Association. The researchers found that after six months, the group that had seen the grandmothers had significantly fewer symptoms of depression than the group that underwent conventional treatment.

Clearly, love can go a long way in helping people. Empathy, this is all we need. More than any medicine, it heals us from within. Connecting hearts connects us to the power that sustains our world, the creative force of love. Without this power of connection, no two elements in reality would be able to connect, and life would have been impossible.

When we connect in love, we create similarity between us and the force that creates and sustains life. Just as a string on a guitar vibrates when its note is played on another string when the frequency is similar, when we create a similar feeling to the feeling that creates life—the feeling of empathy and love—we “switch on” this feeling within us.

We experience this feeling as if it came from the person next to us, but it did not. In fact, it came because the warm connection between the two of you enabled you to feel the warmth that exists around you. As long as you have not made that connection, it is as if you do not have a sensor to perceive it. But once you establish it with another person, you can feel it.

This is why loving others is so important. It is not only important to others, but even more important to the loving person. People with love in their heart are connected to the power of love and creation that exists in all of reality. No feeling is more empowering. A person who is connected to it will never feel depressed, lost, or hopeless.

“How Can I As An Individual Save Our Environment?” (Quora)