My new article on Linkedin “The Ever-Complacent People” 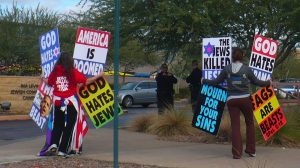 In his book Israel, the Ever-Dying People, American thinker Simon Rawidowicz writes, “There was hardly a generation in the Diaspora that did not consider itself the final link in Israel’s chain.” Very poignant. At the same time, this statement is just as true: There was hardly a generation that was not complacent until it was too late. Why do we never learn? Why do we always think, “It’s just temporary; it’ll pass”? It never passes, and it never will pass until we realize the meaning of being Jewish and the onus we must carry even if against our will.

On October 25, the American Jewish Committee (AJC) released its annual State of Antisemitism in America report. AJC Managing Director of Public Affairs, Avi Mayer, writes that 90% of American Jews acknowledge that antisemitism is either a very serious problem or somewhat of a problem, and 82% of Jews think it has intensified over the past five years. The report also found that one in four Jews has been a victim of an antisemitic incident in the previous year alone.

What are American Jews doing about the situation? They are doing what Jews have always done—they adapt. According to the report, “Over the past year, many American Jews have changed their behavior, limiting their activities and concealing their Jewishness due to concerns about antisemitism.” Four out of ten American Jews have “avoided posting content online that would reveal their Jewishness or their views on Jewish issues, refrained from publicly wearing, carrying, or displaying items that might enable others to identify them as Jewish, or avoided certain places, events, or situations out of concern for their safety.”

There is a solution to antisemitism, but Jews hate the thought of it. This is why they have never used it until it was too late. In Nazi Germany, with the Nazis making every effort to make them leave for Palestine, only a trickle of German Jewry did so. By 1938, when many Jews realized that they had better leave or else… the British authorities, who had control over Palestine, had shut the doors, and the rest of the world denied their entry using multiple pretexts.

For this reason, I hope that this time, American Jewry will hear and spare itself the bitter fate: The solution to Jew-hatred is Jewish unity. Jews must unite not in order to tackle antisemitism, but to set an example of unity, and for no other reason.

From the perspective of the nations of the world, it is not a coincidence that despite our great ingenuity and countless contributions in every area of human engagement, the world feels no gratitude toward us. It is not a coincidence that Jews are always accused of evildoing, even though such accusations almost never have anything to do with reality.

All those things are not coincidences because the world expects only one thing from the Jews: to be a role model of mercy, like their father, Abraham. When Jews unite and rise above all their differences, the world venerates them for their example and comes to learn from them. When they are divided, the world despises them, accuses them of every possible wrongdoing, and wants to see them gone.

This is the truth that we have always refused to acknowledge. However, until we acknowledge and accept it, the world will not accept us.

Below are two books and a webpage I have written, elaborating on the root cause of the most ancient hatred and how to dissolve it.

1. The Jewish Choice: Unity or Anti-Semitism

2. Like a Bundle of Reeds: why unity and mutual guarantee are today’s call of the hour

Connection With The Creator
Podcast Powered by podPress (v8.8)