My new article on Linkedin “ The Building of Strong Jewish Communities” 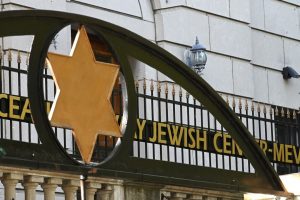 It has been testing times for UK Jewry in the last few years and it appears that their struggles are showing no signs of abating. Temple’s shutdown and a worrying drop in synagogue attendance reflect the growing decline of the Jewish communities in Europe and around the world. It should be an eye opener for world Jewry to exert more efforts in building deeper connections between Jews beyond the walls of the places of worship.

British newspaper columnist, Simon Keltner, highlighted in a recent article that there had been a 20% drop in attendance at UK’s synagogues over the last 2 decades and expresses concerns about the future: “Unless synagogues can attract a younger demographic, they will die alongside their members, and there is solid evidence of historic synagogues having to close their doors for good through lack of interest.”

In fact, the South London Synagogue in Streatham closed its doors this year. The synagogue that had been open since 1867 announced the decision “with great sadness” due to lack of attendance and an inability to attract new members.

Most recently, Israeli media echoed the news about the closure of Liverpool’s iconic Princes Road Synagogue after almost 150 years of continuous operation, but it was later refuted by the temple’s administration. Their site though pleas for active participation of its members to keep the place alive.

The decline of the local Jewish communities is part of the natural devolution of the Jewish society worldwide. The further we move away from the previous generations, those who clung to the essence of Judaism, the more gradually we close synagogues.

The synagogue is the symbolic heart of a community, the unifying factor among its members. Its closure, in any city, indicates the disintegration of relations between members of the community. Nowadays, Jews identify less with their Judaism, particularly secular Jews. Some assimilate, some disperse, and consequentially communities crumble and disappear.

What might happen in the future with other Jewish temples? Most likely, larger religious denominations such as Muslims will acquire them. There are already some examples of this transformation in the city of Marseille, France where one of their largest synagogues became a mosque. The same has happened in other U.S. cities like Philadelphia.

Should Jews in those locations have fought harder for the preservation of their temples? No, they couldn’t, nor should they have. The real place of struggle should be within themselves, over their spiritual nature as Jews.

A “synagogue” is the symbol of a spiritual space where Jews must connect with one another heart to heart. From this common bond we must then turn to the Supreme Force, the Creator, to ask Him to raise us above the forces of separation between us to a state of mutual and complete connection.

A “synagogue” is a spiritual home where people gather as one family. If there is no inner connection between us, then there is no sense of belonging to the material place either. When this happens, it is only natural that the community ultimately vanishes. In an alternative scenario, a quorum remains but separation and conflicts prevail.

Our good future as Jews depends solely on the power of connection between us. Once the bond between us is severed, there is no point of return. It is not far-fetched to expect that many communities will soon reach such a precarious situation that congregations will disappear entirely.

The egoistic nature of human beings continues to increase, evoking greater forces of separation. Therefore, a gradual disregard for the sages of the generation and the elders of the tribe is also unfolding. Nothing holds the community together anymore and nothing encloses it from the outside.

Not only is the ego accelerating the dissolution of the community, but it is also serving as a call to action. In today’s global world we must communicate on a higher level, above time and place, on a level in which we feel like one global community. The means are available today through the Internet to connect the Jews across the globe, however, this also is an intermediate stage in the transition to a spiritual community, to the feeling of a common connection at the center of which is the Creator—the power behind the connection—who unites us all.

Not only Jews need to unite, eventually, the entire human race will have to come together. Jews have a duty to be the first, to lead the way and act as a light to the nations.

In my estimation, it will take humanity about twenty years to reach a huge climax in which the community will crumble; people will find no meaning in their lives and finally seek true meaning. Finding answers to that spiritual quest will lead us to establish a global spiritual community—a nucleus starting from the Jews and connecting together every person in the world into one tight-knit global community.
[289566]

Billionaires Will Be Defeated By Revolution

“The Canopy – How Jews Can Break The Spell Of Antisemitism” (Linkedin)
Podcast Powered by podPress (v8.8)