My new article on Linkedin “The Day Israel Disappears” 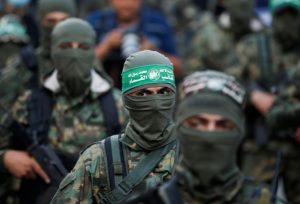 On the day Palestine is liberated and Israel is destroyed, Jews and IDF soldiers will be executed, peace activists will be able to safely leave, and the technological experts and brilliant minds will be forced to stay here for some time to provide support.

These are some of the conclusions about the planned fate of the Jewish state reached during the “Promise of the Hereafter” conference recently held by the Hamas leadership in the Gaza Strip.

One can roll one’s eyes at yet another announcement foretelling the disappearance of Israel in the coming years, but if one examines the area, almost everything is prepared and ready to enact this plan. There are Arab representatives in Israel in key positions, they receive large sums of money, they are armed and full of manpower and they are surrounded by support from all Arab countries. So why should such a disturbing event not occur in the future?

We do not exist in the land of Israel only by virtue of our security forces, but mainly by Supreme grace. Our very contempt for this fact and our unwillingness to acknowledge it and behave accordingly cause us to gradually lose the spiritual umbrella that protects us.

I do not think Hamas’ descriptions of nightmares for the people of Israel will occur as they describe, but it is important to be alert and to recognize that the situation is unstable and that there is always a chance that we will degenerate into such a dangerous situation.

The enemy’s plan is very detailed: from transitional laws—through the transfer of real estate to them—to military, legal and security laws. While they envision a new state—and as we know, nothing stands in the way of desire—our Jewish vision is fading.

At the same time as our settlement in the land of Israel and, alongside of it, our intensive focus on its security, we must pay attention to the nation’s spirit as a single unit because without it, we will not survive here for long. The separation between us breaks that spirit which then transforms into negative forces that threaten us through our enemies.

We need to build a spiritual home from our hearts, to live as one man in one heart. Our intention must be too giving to the Supreme Force—to the power of connection—a space within our common heart to dwell among us and between us. Only in this way can we ensure our future existence in the land of Israel. This spirit of mutual responsibility and love that awakens in us will be the cause of our success. Therefore, we must hasten steps towards building a correct, strong, spiritual Israel—a land inhabited by people who are emotionally connected to one another and to their Upper Root.

Foremost kabbalist Rav Yehuda Ashlag (Baal HaSulam) has already warned that “Israel must present something new to the nations. This is what they expect from the return of Israel to the land! …Justice, and peace. And this wisdom is attributed to us alone. If this return is canceled, Zionism will be canceled altogether…And its residents are destined to endure much suffering. Undoubtedly, either they or their children will gradually leave the country, and only an insignificant number will remain, which will ultimately be swallowed among the Arabs.” (“The Writings of the Last Generation.”)

Such an internal connection as the common heart we must build will attract everyone to it and expand circles of positive influence throughout the world. Thus, gradually the rest of the nations of the world will join us. On that day, there will be no Arabs and Jews but rather, one people. There will be no Israel or Palestine, but one humanity with one prayer to the one Supreme Force, the power of influence and love, as it is written: “For my house shall be called a house of prayer for all peoples.” (Isaiah 56:7)
[288579]

“The Impact Of The Media On Us – A Depressing Story” (Linkedin)
Podcast Powered by podPress (v8.8)