“The Chosen One: Israel Can Rely Only On Itself” (Newsmax)

My article in Newsmax: “The Chosen One: Israel Can Rely Only on Itself” 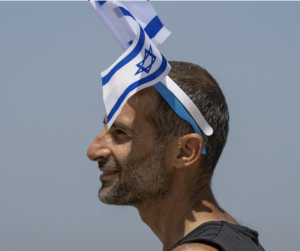 The Taliban’s control over Afghanistan and the diplomatic crisis between Poland and Israel after a new Polish law will limit claims of Holocaust survivors on properties confiscated during World War II are two major international events that have raised concerns of repercussions for Israel. One conclusion is clear: we have no one to turn to, so we will only be able to navigate these tumultuous waters if we unite among ourselves and remain internally strong.

Israel should not consider the Taliban taking power in Afghanistan as a threat particularly targeting us. They are Sunnis and they want to erase the Shiites as much as they do us, so the level of hatred toward us is the same as toward other groups in the region.

We do need to worry about the message America is sending with its departure from Afghanistan, though. It demonstrates just how volatile their handling of foreign affairs could turn.

As I have said many times, under Biden’s administration we have no one to rely on. It has no desire to deal with Israel and is not in our court, so it will be ready to sell us out in a moment.

We need to realize that the state of Israel is slowly entering a situation where it has no one to turn to. We are losing those we called friends — Russia, America, everyone. We are becoming increasingly isolated in the international arena, vulnerable against our enemies without any true ally to watch our back.

Who knows this fact the best? The Poles.

They already understand that we are helpless to back up demands for compensation from them for families whose properties were stolen during the Nazi occupation and under communism, as was confirmed by the recent Polish approval of a law limiting those restitutions.

The world has long been waiting for the moment in which Israel would be cornered and alone, a desire rooted in antisemitism. Although we have repeatedly witnessed how quickly everyone turns their backs on us if an opportunity presents itself, we prefer to either ignore it or look in another direction thinking that our fate will depend on other nations.

Israel only needs to do one thing: to be cohesive inside. By achieving that, we would strengthen ourselves and ensure success.

If we unite, we will win. Otherwise, we will experience further problems reminiscent of those we experienced in the past and throughout our painful history.

As long as we are perceived as weak and divided, we will be easily defeated in a sea of enemies. But if we strive for increasing unity within, then Israel will sail smoothly forward and reach safe harbor, a good and calm destination.

In our attempt to forge unity among ourselves, we evoke a strong connecting power, a supreme force of love and bestowal that will cover all the differences between us, regardless of how deep they are. Such a force is the only partner which will protect us from all the threats we face.

In other words, we cannot rely on anyone to solve our problems or defend us because help will not be forthcoming. If we want to see positive change for Israel, we should start working toward a substantial transformation within ourselves, toward warmer mutual relationships. That is our only guarantee of a good future.
[286400]

“How Can We Protect The Cities From Sameness? How Can We Retain The Identity Of Different Cities?” (Quora)

“The Permafrost Is Defrosting (And It Is Bad News)” (Linkedin)
Podcast Powered by podPress (v8.8)