“The Permafrost Is Defrosting (And It Is Bad News)” (Linkedin) 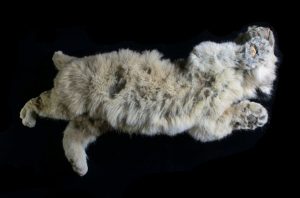 The permafrost, the frozen layer of soil that has underlain the arctic tundra for millennia, is accelerating its thaw. Several years ago, scientists noticed that ice they thought would never melt was thinning fast. In 2017, the BBC published an article by Jasmin Fox-Skelly. “We have had antibiotics for almost a century,” she wrote. “However, what would happen if we were suddenly exposed to deadly bacteria and viruses that have been absent for thousands of years, or that we have never met before? We may be about to find out,” she concluded. “Climate change is melting permafrost soils that have been frozen for thousands of years, and as the soils melt they are releasing ancient viruses and bacteria that, having lain dormant, are springing back to life.”

We may be unaware of it, but the destructive potential of these germs can dwarf the harm that the current bug is causing. They can truly jeopardize humanity since we have zero immunity against these microorganisms as there is nothing like them currently in existence that could prepare us for their arrival.

Moreover, while scientists are fearful of viruses and bacteria reawakening, I think that there can even be more complex life-forms that might spring back from extinction to existence. Fish, frogs, and even birds might suddenly appear. We have no idea what lies dormant underneath the ice, and which global warming is gradually reviving.

The changes we inflict on nature make things happen faster and in ways we cannot understand. Therefore, the only certainty is that the unexpected will transpire, though we cannot anticipate how it will unfold, what form it will take, how fast it will appear, and what consequences it will have. All we can say for certain is that we will not be prepared for it since one cannot prepare for the unknown and unforeseeable.

While we may not be able to prepare for the unpredictable, we can prevent its arrival. Since climate change is melting the arctic permafrost, and we, according to most scientists, are causing it, we can undo the damage we are doing to the climate by eliminating its cause.

Scientists attribute climate change to gas emissions and other manmade factors. However, this view ignores one key fact: Nature is a complete, closed, and interdependent system, not a heap of separate elements. Since everything affects everything else, one malfunctioning element in the system disrupts all of nature and throws the entire system off balance. Mend that element, and you have restored Earth’s balance.

When you look at the world, there is evidently only one dysfunctional element in all of it: humankind. We are so corrupt that we cannot even admit that we are the reason for the disasters befalling us. My teacher’s father, the great kabbalist Yehuda Ashlag (aka Baal HaSulam), compared human nature to the angel of death: It impels us to drink a deadly nectar. Even though that drop is placed on the tip of a sword, we are too weak to resist it. We open our mouths, bring the tip of the sword to our mouths, and let that deadly drop into our throats.

We are not there yet, but we are approaching it fast. Our only weapon is awareness of our nature and mutual support in facilitating change. If we help each other rise above our self-destructive nature, which kills us precisely by focusing only on ourselves instead of on the system where we live, then we can save ourselves. If we insist on thinking only of ourselves at such a time, we will perish.

We are the only being that has a deliberate will, an intention to do harm, possess, dominate, humiliate, and immortalize ourselves. This intention is the root of all the cataclysms affecting our planet and humanity. If we help each other build a balanced and harmonious society, we will balance all of nature, as it will mend the only broken element in reality. If we shun the task and stick to our egos, no remedy will save us from disaster.
[286470]

“The Chosen One: Israel Can Rely Only On Itself” (Newsmax)