“The Waning Memory Of The Holocaust” (Linkedin)

My new article on Linkedin “The Waning Memory of the Holocaust” 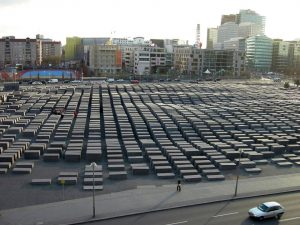 I was born in Vitebsk, Belarus, right after World War II, when the memory of the war was vivid. Not far from my town, which was home to many Jews before the war, were a concentration camp and an extermination camp where many Jews perished, including most of my kin. I grew up hearing about my relatives who had died from the survivors in my family, and those stories left a deep mark on me.

The question of Jew-hatred is not one of race, or religion, or nationalism, or any other reason that hateful minds have conceived. Jew hatred persists because there is a unique demand from the Jews, which few have observed. Nevertheless, until the Jews meet that demand, antisemitism will persist.

But today, when so many years have passed since the end of the war, it does not surprise me that the memory of the Holocaust is waning. The survivors are passing away, and today’s young people feel disconnected from the past. It is only natural that people, especially young people, will occupy themselves with the present and with the future more than with the past, and besides, who wants to keep such bleak memories in mind? Nevertheless, since tomorrow, April 8, is the Holocaust Memorial Day in Israel, it is a good time to reflect on what we have learned from this tragedy, so we can prevent it from recurring.

The going narrative in Israel emphasizes the wrongs that were done to the Jewish people for the “sin” of being Jewish: the mass execution by gas, the concentration camps, the mass shootings, starvation, tortures, and countless other horrors that amass to the murder of six million people from my fold. Still, if you focus only on telling what had happened, you miss out on the chance to talk about how not to let it happen again. This is what I believe we should focus on today: prevention rather than preservation.

To understand how to prevent a second Holocaust, we must first understand the root of antisemitism, why it persists, and why it becomes genocidal in some nations and not in others. Clearly, one essay is not enough to explain it. I have written two books that explain the matter in greater depth. The first, Like a Bundle of Reeds: Why unity and mutual guarantee are today’s call of the hour, elaborates on the root of Judaism, emergence and development of antisemitism, and its consequential solution. The second, The Jewish Choice: Unity or Anti-Semitism, Historical facts on anti-Semitism as a reflection of Jewish social discord, focuses more on the history of the Jews and the apparent correlation between the level of their social cohesion and the intensification or subsiding of antisemitism. In this essay, I will outline the picture in broad strokes, but I highly recommend reading the books to get the full picture of how history demonstrates the place of the Jewish people in the world.

Antisemitism is not a new phenomenon. It came to be when the first Hebrew came to the world, namely Abraham. Since then, it has cloaked itself in myriad personas, but the bottom line has always been the same: The Jews are to blame; therefore, the Jews are to be punished. Today, for example, many people think that opposing the existence of the State of Israel is not antisemitism. They believe that if only the Jews were to return to Europe, from which the first settlers had come, antagonism toward Jews would vanish. Regrettably, this growing disposition, both among political leaders and regular folk, conveniently ignores the fact that the parents of the settlers who had established the State of Israel were gassed to death in Europe precisely because they were Jews.

Therefore, the question of Jew-hatred is not one of race, or religion, or nationalism, or any other reason that hateful minds have conceived. Jew hatred persists because there is a unique demand from the Jews, which few have observed. Nevertheless, until the Jews meet that demand, antisemitism will persist.

The demand, as the titles of the books imply, has to do with Jewish unity, or solidarity. It dates back to the onset of the Jewish people in ancient Babylon. At that time, when Abraham was still an idol-worshipper in Harran, a large city in the Babylonian empire, he noticed that people around him were growing hostile toward each other. He observed that they were feeling increasingly entitled, arrogant, and spiteful toward each other to the point where they did not care for each other’s life, and often even slew their dissenters simply for disagreeing with them.

When Abraham tried to convince his people to treat each other kindly, they mocked him, children hurled stones at him, and even his own father, a high-ranking spiritual authority in his country, renounced him. Unable to help his people, Abraham left Harran and headed west, toward Canaan.

However, Abraham did not leave alone. His family went with him, as did many people who followed his advice and tried to put kindness and friendship before arrogance and cruelty. As the company wandered westward, more and more people joined them, until, as Maimonides describes in his composition Mishneh Torah, tens of thousands had joined Abraham’s group. Thus, the pariah had begun to form a nation.

Abraham’s troupe was of a special kind. They had nothing in common but the belief that kindness is preferable to cruelty and friendship is better than enmity. If they forgot it, they would immediately become strangers again, so they had no choice but to keep fostering their solidarity. On the one hand, that solidarity gave them their strength. On the other hand, it put them at odds with their birthplace, the Babylonian empire, which grew increasingly self-centered and extolled ego-centrism. That was the core reason that prompted the Babylonians to expel Abraham and his followers. That enmity was the first manifestation of the hatred that was to later become antisemitism.

However, the unity of Abraham’s group not only set it apart from all the nations; it also made them powerful. The unity they formed among people who were previously complete strangers had to be so strong that it projected outwards and made them palpably different and formidable, but only as long as they were united.

In Egypt, while Joseph was alive, the Jews were united and successful. They were the de facto rulers of Egypt, ran its economy, and Joseph was Pharaoh’s viceroy. But when Joseph died, the Jews began to separate and assimilate. The Mishnah writes that they wanted to be like the Egyptians, and as a result, the Egyptians began to hate and despise them. When Moses appeared, he reunited them at such intensity that they were able not only to emerge from Egypt, but they became a nation in its own right. This completed the process of turning complete strangers, who often came from rivaling clans, into a nation whose members love each other to the point where they feel “as one man with one heart.” That, indeed, was the miracle of the Jewish people.

Since then, any nation that achieves greatness, and as always, begins to disintegrate from within due to hubris and growing arrogance, also becomes antisemitic. It is people’s innate feeling that there is a cure to their mutual hatred, that the Jews have it, and that they are not sharing it.

Thanks to the level of unity that the Jews had reached under Moses, they were given the onus of being “a light unto nations”—to share with the world their unique method of turning aliens into the closest of brothers. Since that time, approximately 3,800 years ago, any nation that falls victim to conflict, whether internal or with another nation, blames it on the Jews. They do not blame Jews because Jews are setting them off against each other, but because Jews are not showing them how to make peace with one another.

In this way, the boon of the Jews, their unique unity, has become their bane when they do not practice it.

People often wonder why the most developed nations also afflict the most horrendous blows on the Jews. They ask why specifically Egypt (Pharaoh), Babylon (ruin of 1st First Temple), Rome (ruin of the 2nd Temple), Spain (1492 expulsion of the Jews), and Germany (Holocaust) wrought the worst torments on the Jews, and precisely when they were at the height of their strength. They do it for the same reason that drove the Babylonians to expel Abraham: intensifying ego. The more egoistic a society becomes, the more it resists unity. And in Jews, even though today the majority of Jews do not feel it, lies a cinder of that special unity their forefathers had once forged. That cinder, however frail, is both the reason for their woes and the key to their deliverance from the bane of antisemitism.

Our forefathers persistently nurtured their unity because they knew that they had begun as strangers, and if they did not nurture their unity, they would disintegrate instantaneously. Regrettably, we do not have that clear vision. Nevertheless, the same condition is as true for us as it was for our ancestors. Since the ruin of the 2nd Temple, we have not been able to unite. Even the establishment of the State of Israel did not unite us, and internally, we are as alienated from each other as before. This is why antisemitism still persists. This is also why the pattern of the most developed and egoistic nation becoming the most antisemitic and inflicting the worst blow on the Jews is bound to return. Nevertheless, if we unite, we will immediately project the light that the nations seek to find in us, and the hatred of the Jews in all its forms will cease.

This year, and every year, when we remember the slaying of the six million of our coreligionists, we should remember the message they had left for us: Unity is the salvation of the Jews, because unity is the salvation of the world from egoism. If the Jews bring it to the world, the world will thank them for it and love them. If the Jews remain splintered and project disunity, the world will hate them for it and despise them. Then, it will seek to get rid of them and set off another Holocaust.
[280682]

“What Are Good Ways To Solve Mass Unemployment?” (Quora)