“The Big Tech Bans Is The Beginning Of Their End” (Linkedin) 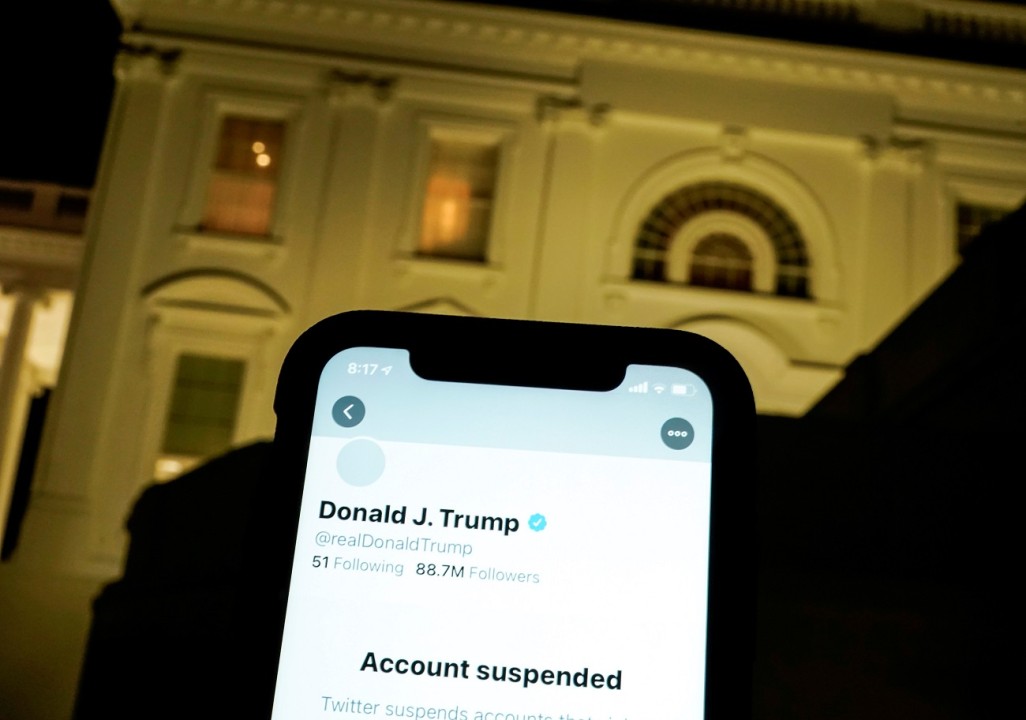 The ban that big tech companies put on President Donald Trump’s social media accounts and conservative platforms is bad news for everyone. Even German Chancellor Angela Merkel, whose socialistic views often put her at odds with President Trump, released a statement saying that “The chancellor considers it problematic that the president’s accounts have been permanently suspended.” Her concern wasn’t personal for Trump, but rather because “The right to freedom of opinion is of fundamental importance.”

Similar to Merkel, Mexican President Andres Manuel Lopez Obrador lambasted the social media ban saying, “I don’t like anybody being censored or taking [sic] away from the right to post a message on Twitter or Facebook. I don’t agree with that, I don’t accept that.” Even more active is Poland: According to Zero Hedge, “Polish Justice Minister Zbigniew Ziobro announced a legal initiative on Thursday which enables individuals to file complaints against social media companies who remove or censor their posts if they don’t break Polish law.”

I fully concur with the criticism of social media big tech. No one gave them the right to censor free speech. This prerogative is given solely to the people at the political helm of countries, not to a small coterie who decide to take the law into their own hands. Just as an electrician cannot switch someone’s power off just because he feels like it, social media big tech cannot ban accounts on a whim. Even more ironic is that they profess to do so to protect people’s safety. Clearly, if this is allowed to continue, it will lead to very bad results.

However, I believe that by doing what they did, they stuck the last nail in their casket. They may think that they are ruling the world, but they will vanish. One way or the other, and sooner rather than later, people will realize that they can’t trust what they see on the media, and without trust, they’ll stop coming. If the system we rely on for truthful news becomes so openly biased, no one will believe a word they say and there will be no point going to their sites.

This reckoning will finally awaken people to the realization that the true culprit in the crisis unfolding before us is not a person or a group of persons, but a trait rooted in human nature: egoism. Pure, unadulterated egocentrism is at the heart of all our problems, and it is killing us from within and from without.

When we realize this, we will also realize that all of reality but us operates on a completely different fuel from ours. While our fuel is ego, their fuel is balance and harmony. Just as we don’t feel that we are so egoistic, as this is our nature, so the rest of nature does not feel how balanced and harmonious it is. But we, who can observe it from the outside since we are opposite from it, can detect the balance and harmony that dominate all of existence.

When we realize this, we, too, will want to become balanced and harmonious. And when we do, we will begin to learn, together, how to truly build a thriving human society, a prosperous economy that does not deny others their own. We will learn how to empower one another rather than exploit our fellow human beings, and our fellow residents on the only planet we have got. At that time, we will not need despotic social networks to connect us since the connections will be in our hearts.
[276906]

The Master Loves His Work

“Is It Possible For A Person To Be Considered Spiritual Without Being Religious?” (Quora)
Podcast Powered by podPress (v8.8)