“What Is The Menorah And What Does It Symbolize?” (Quora)

Michael Laitman, On Quora: “What is the Menorah and what does it symbolize?“

The Menorah (lamp) symbolizes the manifestation of the spiritual light, i.e., the quality of bestowal, which illuminates in the souls, i.e., in the human ego that has become corrected with an intention to bestow.

A Menorah is physically hard to make because it is traditionally a single piece of gold that has to be molded in order to support seven cups for the candles. Likewise, molding our ego—our human nature, which is a desire to enjoy at the expense of others—so that it assumes a form of bestowal upon others, is quite a complicated feat. 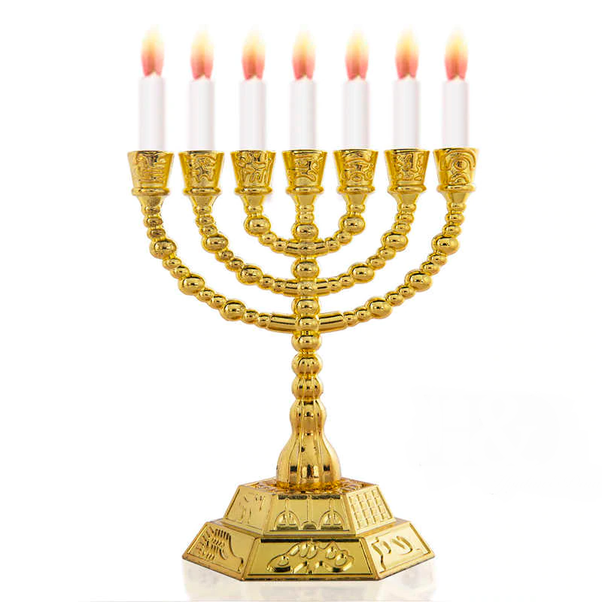 Each of the Menorah’s cups, i.e., each of the human egoistic qualities, have to assume a specific size and shape so that the Menorah’s features will form a worthy vessel upon which the spiritual light of bestowal can illuminate.

The seven cups represent seven kinds of illuminations, which in the wisdom of Kabbalah are called the Sefirot of Hesed, Gevura, Tifferet, Netzah, Hod, Yesod and Malchut. When the light reaches the final Sefira of Malchut, then Malchut becomes like the other seven qualities, assuming a form of bestowal. In other words, the human ego, represented by the Menorah’s gold metallic body, gains a certain level of equivalence of form with the spiritual quality of bestowal, and thus also becomes the means by which all the seven candles on the Menorah can light up.

Therefore, the Menorah symbolizes the human ego that has gained a certain level of resemblance to the spiritual light of bestowal and love. In addition to the Menorah, there is the oil and the wick necessary to create the candles in every cup, and all these qualities operate in tandem so that the human ego can acquire an intention to bestow, and thus form a spiritual vessel that can invite the spiritual light to illuminate from above.

Within this entire structure, the Menorah’s magnificence is in its manifestation of the most egoistic component—Malchut, the gold—attaining similarity with the most sublime spiritual quality of bestowal.

To Love Is To Fulfill The Other

“What Is A Dreidel And What Symbolism Does It Have?” (Quora)
Podcast Powered by podPress (v8.8)