“How Can We Bridge The Political Divide In America?” (Quora)

Michael Laitman, On Quora: “How can we bridge the political divide in America?“

Bridging the divide in America requires everyone feeling considered and represented, and not like it is in the current state, where roughly half of the country celebrates victory, and the other half feels deceived and embittered.

People of all political orientations need to sit and discuss their issues. However, to successfully unite above divisions, the conversation needs to adhere to a few guidelines, like making sure all participants

By doing so, participants would aim to reach decisions after taking everyone’s points into consideration. 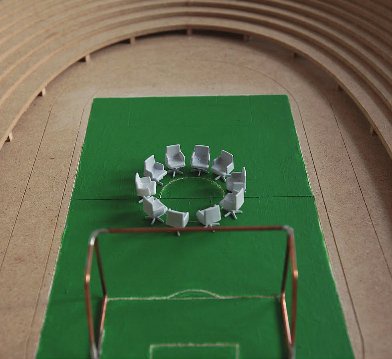 It is important in such a conversation that everyone states their position, and it is not expected that anyone make any concessions in doing so. Also, the “round” setup of this conversation would certify that no single viewpoint dominates the others, as doing so would shatter the desired unification into pieces, rendering zero progress. Rather, through each participant having the time to express their full viewpoint and each holding to the aforementioned rules, which include listening to all of the viewpoints, then the participants will reach a certain kind of balance.

How does it work that a conversation that is made to accord to the aforementioned guidelines will reach a certain kind of balance, and is capable of bridging divisions?

It is because those guidelines stem from nature’s unified form, and if we hold ourselves to them, we will gain support from nature, because nature ultimately functions in order to draw us to greater unification. If we fail to uphold those guidelines in our discussions, and aim to impose our own viewpoint over those of others, then we gain no support from nature’s unified form, and remain in our inborn natures that naturally sway one way or another.

We have been “implanted” with various divisive stances from nature precisely in order that we connect upon them and discover a harmonious reality by doing so. We thus need to have unification, the bridging of our divides, as a goal and high in importance when approaching such a conversation, otherwise we will fall “victim” to our divisive drives that perceive and sense a narrower picture than the much greater one that exists when we unify above them.

What would make us want to rise above our divisive stances in the first place? Why can we not continue trying to overpower the other side and implement how we think things should be run?

It is because, ultimately, the underlying division does not let anyone become satisfied, and the longer we develop while remaining divided, then the more negative and bitter we become. In extreme cases, each pushing his or her divisive position onto others can lead us to total disorder and turmoil, to unfortunate levels of suffering that would force us to revise how we conduct ourselves.

We would thus be wise to raise the importance of uniting above our divisions so that it becomes our primary concern, and realize that what stands between a life of suffering or harmony for everyone is whether we can carefully organize ourselves in order to bridge those divisions. The laws of nature are on our side and will support us if we do.

Image: “One Goal” by Zenita Komad.

At The Beginning Of Creation: Line And Circle