“France, The War Was Fought While You Were Sleeping” (Medium)

Medium published my new article “France, the War Was Fought While You Were Sleeping” 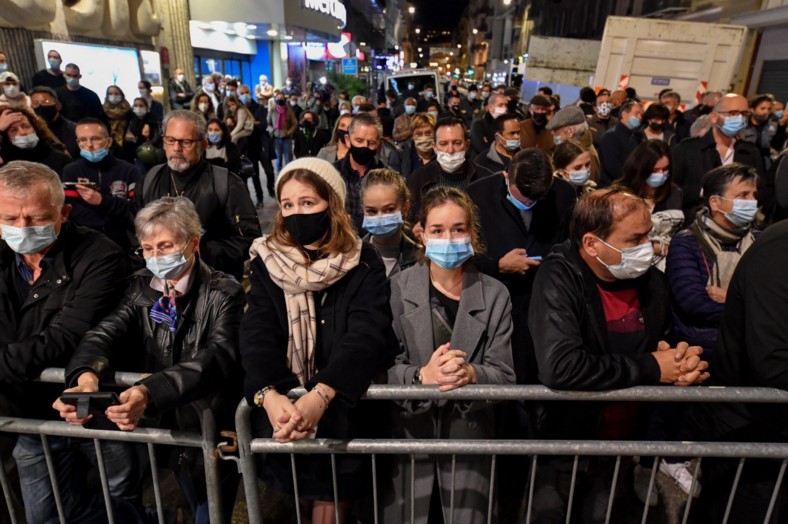 While everyone in the Western world is expressing shock at the recent murders in France by extreme Islamists, I wonder where all those pundits who are so quick to offer condemnation and advice were all those years while they were building the problem that has now exploded. For the past four decades, France has admitted millions of Muslims without assimilating them into society. They have given them every privilege without any obligation, and now they are surprised that the refugees have become owners of the country. What were they thinking? It is time for France to wake up and realize that there is no clash of civilizations anymore. There was, but the French slept through it and it’s been decided against them in their absence. France will become a caliphate, and the rest of Western Europe will follow.

In their ignorance, Europeans let more and more Muslims into their countries, as did America, and now they have to deal with a population that, by definition, does not seek to integrate with them or become like them, but to dominate them and convert them.

Not all Muslims are violent, of course, but Islam mandates its expansion throughout the world. In the end, the whole world must be painted green, the predominant color in Islam. In their ignorance, Europeans let more and more Muslims into their countries, as did America, and now they have to deal with a population that, by definition, does not seek to integrate with them or become like them, but to dominate them and convert them.

Western leaders cannot claim they didn’t know that this was the plan since no one ever tried to hide it. It is written in every book on Islam, proclaimed by every Muslim leader, and expresses itself in their policies. Pluralism is great and freedom of religion is admirable, but blindness to overt, announced hostile intentions? This catastrophic folly will lead to the demise of Western culture.

Today’s Muslims feel so confident, and are so motivated, that Macron’s resistance only emboldens them. His struggle will only lead to more violence, to giving Muslims more privileges, and will show who is the real boss in France.

All this, of course, is bad news for French Jewry, the largest Jewish community in Europe. Jews should not stay in Europe. I am not sure where they might go, but they should not stay there. America is not an option for them; the situation there is already very bad for Jews and quickly worsening, regardless of the outcome of the elections. Some of them may go to Canada, some to Israel, but whatever the case may be, European Jewry is a thing of the past; the little that’s left of them will dissolve and dissipate.

Despite the great dismay, there is a reason for the turmoil. It is how things become scrutinized. Granted, it’s a very painful way, and there are other options, but humanity’s obstinacy leaves no options but to go through it the hard way.

The end result of the increasing tumult is the unification of humanity. The connection between Islam and Christianity, for example, could have happened in much calmer ways, but when all you want is to exploit and dominate, you end up losing. It’s happened to every country that’s ever ruled. When your power weakens through complacency and hubris, the governed overtake the governor, as is happening now in France.

I am not at all concerned about the positive outcome of the process. In the end, humanity will connect and become one entity whose parts work in harmony and reciprocity. However, it pains me that we have to get there so slowly and so painfully.

We are entering a new era, which Covid has “launched.” Despite the dismal outlook, there is much we can do to go through transition (relatively) peacefully. If we focus on connection, and relinquish some of our obstinacy, perhaps my morose prediction will not materialize. If we realize where we are, and accept that our only escape is unity, we will (for once) align ourselves with the trajectory of evolution and the power we will muster through our unity will change things for the better. We will not need to fight against Islam or against anyone else, but only against our own unwillingness to connect.

Nature will connect us nonetheless, through war and bloodshed or by our own volition. How it does so is our choice to make.

“Is Today’s Society Being Consumed By Hatred More Than Love?” (Quora)