“Any President Of Half The Nation Is Illegitimate” (Newsmax)

My article in Newsmax: “Any President of Half the Nation Is Illegitimate” 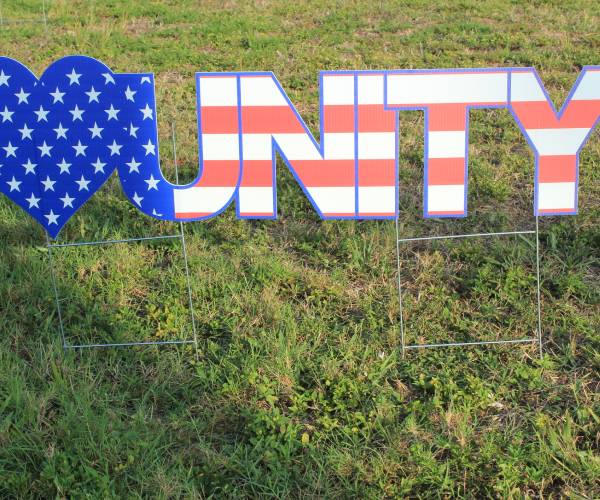 America is split between two halves that hate each other to death. Whatever one says, the other instinctively counters, regardless of the content. When one candidate represents half the nation and the other represents the other half, then neither represents the country. It’s a stalemate that will either lead to a civil war or to union on a completely new level. Currently, the former is far more plausible.

Both sides have great arguments. They present them clearly and convincingly, but no one is persuaded. No one is even listening. In fact, both arguments are valid, yet both are wrong. Why are they wrong? Because if you think your way will make the country better, but all it really does is increase division and enmity, then whatever your argument may be, it’s wrong.

Moreover, when a society reaches such levels of intolerance, it is no longer a democracy. Even if you win the election, still, almost half the country opposes everything you do and feels that you, the winner, are imposing your view on the other half against its will. The basis of democracy lies in accepting that the majority leads while considering the views and needs of the minority. When you have no trust, no feeling of mutual consideration, you have no democracy.

What you have instead is tyranny of one half over the other. This is an explosive situation and it is currently the situation in America. Unless Americans overcome the impasse in the near future, a civil war is bound to erupt.

To change the situation in America, Americans first need to understand that they will never convince the other side. No one will agree with anyone—not now, not ever. We have come to such a level of self-absorption that we cannot listen to each other, so persuasion is off the table. Next, Americans must accept that disagreements are not a problem, but a given situation that they must deal with or kill each other until only one is left.

Assuming the American people do not opt for mutual extermination, they must find a way to live together. Indeed, there is such a way. All of reality is built on complementing opposites that live side by side and only their mutual existence creates harmony, balance and life!

Opposites never agree. If they did, the agreement would cancel them and they would cease to exist. In fact, the existence of one enables the existence of the other. Would there be day without night, birth without death, spring without fall or heads without tails? There wouldn’t be anything; the universe would not exist.

Only once you realize that you need both sides you can begin to resolve anything. In fact, when you unite above the dispute, you discover that the dispute no longer exists, that its only purpose was to impel you to unite against your will. This is true of personal relationships as it is true of international relationships. It may be hard to fathom right now, but if America unites its ranks, none of the foreign policy issues it is dealing with right now would remain.

When you go hand in hand with reality, reality goes hand in hand with you. When you go against reality and try to impose your view on half the nation that does not agree with you or accepts your leadership, you will fail in home affairs as well as in international affairs. The only thing that’s required in today’s divided world is unity. Those who miss it will stay behind and fall, either through war or through social disassembly. Those who grasp it will lead the world into the future.
[273556]

How To Resist The Influence Of Time?
Podcast Powered by podPress (v8.8)