“Who Would Be Better For Israel, Trump Or Biden?” (Quora)

Michael Laitman, On Quora: “Who would be better for Israel, Trump or Biden?“

Before asking about who would be a more supportive US president for Israel, we in Israel would be wise to question what we have done to merit the backing of a world superpower.

What are we projecting to the world? Beyond our impressive technological output, what are we contributing? And is advanced technology what the world really needs from us?

Today, the global environment we live in is changing, and likewise, the expectations upon Israel are gradually shifting as well. Heading into the future, if we will want to receive support from a major superpower, or from anyone for that matter, we will need to start paying more careful attention to what we project and contribute to the world, and whether it is what the world ultimately needs from us. 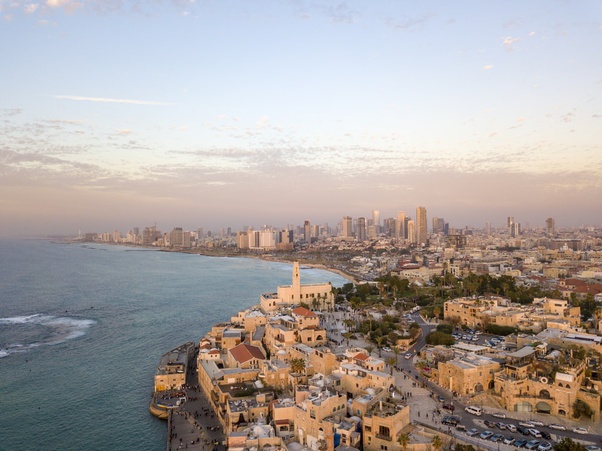 We are a unique nation because unlike other nations, we have no common biological root. Our ancestors, who were from originally from different clans and tribes, united as a nation under an idea: to unite (“love your neighbor as yourself”) above division (“love will cover all crimes”), which granted us the ability to project a positive force to the world, or in other words, to be “a light unto the nations.”

After living for a short period of time upholding our unification “as one man with one heart,” we soon afterward lost awareness of this common value that tied us all together as a nation. Likewise, as we failed to hold onto a mutual umbrella of love above our differences, then our differences eventually got the better of us, and we became exiled: we both lost our unification, and a land of our own.

Goaded by anti-Semitism throughout our exile, many of us rounded up in the land that would become known as the State of Israel, and after the mass tragedy of the Holocaust, a majority of nations agreed to its establishment.

Today, as we head toward the end of 2020, we stand after a decade of rising anti-Semitism, peaking in 2019 with its highest-recorded year of anti-Semitic crimes and threats in the United States, the United Kingdom, Germany and the Netherlands. We also face growing anti-Semitic sentiment worldwide dressed in a “criticism of Israel” rhetoric, which has gained considerable support diplomatically, academically and culturally, largely due to the efforts of the BDS movement.

If today the United Nations needed to reach a two-thirds majority vote on whether to establish the State of Israel, would it pass? It certainly doesn’t seem so.

The source of the nations’ negative attitude toward us is due to our failure to live up to what made us the people of Israel to begin with: our unity (“love your neighbor as yourself”) above division (“love will cover all crimes”), which granted us the ability to project a positive force to the world (to be “a light unto the nations”).

As the previous decade was characterized by rising anti-Semitism that peaked in 2019 in many countries, including the United States, another characteristic of the last decade was that it was one of ongoing crisis: from aftereffects of the financial crisis that opened the decade with mass unemployment, home foreclosures, austerity measures in many countries, global protests and the forthcoming wars in the Middle East, the constant gray clouds of terrorist acts, mass shootings and a 9.17 percent increase in natural disasters hitting the planet, as well as higher levels of depression, anxiety, stress, loneliness, social division and opioid abuse in the United States than in previous times. In short, as history has shown, such as during the time of the Black Death pandemic that led to mass killings of Jews throughout Europe, or Germany’s First World War defeat and subsequent depression, which eventually led to the rise of Hitler, the Nazis and the Holocaust—when crisis hits, anti-Semitism rises.

Therefore, with our current divisive track record coupled with the crises humanity continues to experience around the world, and especially in America, we can expect more and more detractors eyeing us critically. Likewise, the next United States administration’s attitude to Israel as either positive or negative will depend on whether we upgrade our attitudes to each other to become a more unified people.

Photo by Shai Pal on Unsplash.

How To Make Decisions In The Family?

The Holiday Of Sukkot: Abraham, Isaac, And Jacob
Podcast Powered by podPress (v8.8)