“A Way To Reverse Dismal Prediction Of Cyclical Pandemics” (Newsmax)

My article in Newsmax: “A Way to Reverse Dismal Prediction of Cyclical Pandemics” 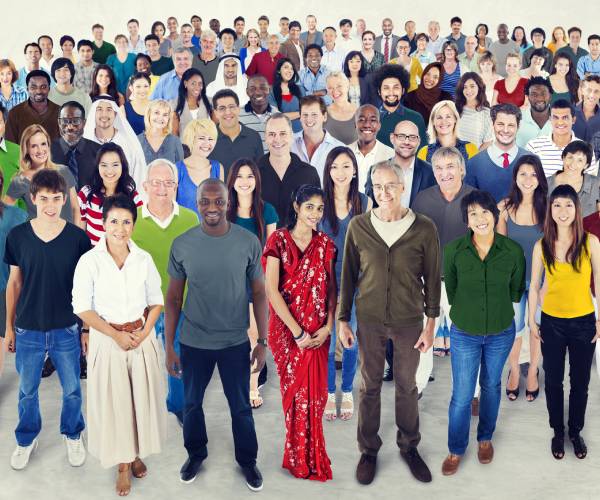 Sally Davies, former chief medical officer for England, wrote on The Guardian that “COVID-19 is neither the first nor the last health emergency we will face. My fellow scientists estimate that we will face a pandemic or health emergency at least once every five years from here on. There is a chance that this is the optimistic scenario. The reality could be far worse.”

I think the prediction is both good news and bad news. It is good news because scientists are beginning to realize that the pandemic isn’t a one-time event, but part of a permanent process of change. At the same time, it is bad news because scientists have no clue as to what to do about it. They offer dubious solutions to mitigate the destruction these crises will inflict on humanity, but they have no idea how to prevent them, how to reverse the dismal trajectory, and they don’t even think in that direction.

Are we then doomed to suffer from here on? No, we’re not. By strengthening our solidarity, we can reverse the trajectory and prevent such crises from happening altogether.

In 2015, Julianne Holt-Lunstad, renowned neuroscientist and psychologist at Brigham Young University, published an extensive analysis that looked into the influence of social isolation, loneliness and living alone on people’s health. The results were notable in light of today’s pandemic. She found that social isolation “led to an increased rate of mortality of twenty-nine per cent, and living alone by thirty-two per cent — no matter the subject’s age, gender, location or culture.” (The New Yorker published on March 23.)

In a recent interview for the Israeli newspaper Haaretz, Holt-Lunstad said that being socially active “not only prolongs our life expectancy, but also influences our health in other ways, such as resistance to viruses” (translated from Hebrew).

In the interview, Holt-Lunstad also referred to a Carnegie Mellon University study that found that people with many solid social ties have a better immune system and better resistance to viruses of the common cold, while people with few social ties were significantly more vulnerable. The researcher stressed that while we should not disobey authorities’ instructions regarding social distancing and wearing masks, we should make a conscious effort to maintain social ties under these limitations.

These conclusions coincide with what I have been saying since the beginning of the outbreak, but there are more conclusions to be drawn from these findings. I think we shouldn’t take a passive approach here but rather be much more proactive. Viruses have been around long before the COVID-19 outbreak. We could have been infected long ago but we weren’t because our immune system was stronger.

Especially over the last several decades, we have been growing increasingly isolated, and therefore weaker. This isolation is part of what researchers Jean Marie Twenge and William Keith Campbell call “a narcissism epidemic.” In their aptly titled book The Narcissism Epidemic: Living in the Age of Entitlement, they establish that over the past few decades, we have seen an exponential growth in narcissistic tendencies among young people and the general population.

In simple words, we are growing far more egoistic than before, far more quickly than before, and therefore far more lonely. By doing so, we are weakening our immune system and exposing ourselves to health threats that didn’t use to pose any risk before. This is why I keep saying that we will not find a vaccine or a cure for the coronavirus since even if we find something for this plague, another, even worse menace will quickly replace it. Now, finally, medicine corroborates.

If we want to protect ourselves from viruses and other forms of natural crises, we have to work on our social cohesion, on our relations with each other, on our solidarity as a society, and in our communities. This is not a theoretical assumption; it is a practical measure we must take in order to protect ourselves and our loved ones from getting sick and dying or remaining maimed.

How we relate to one another, how we build our social networks, what we project to others, and what values we install in society all have a real impact on our health. Well-connected people are not only much happier; they are also much healthier.

Next time we want to trash someone on social media or even to our friends, we should think twice before doing so; it will backfire on us. And after we stop trashing, let’s start building a positive society, one that values caring and helping out. Let’s not be selfish; it simply doesn’t pay.