“Covid-19 Has Quenched The Flickering Candle Of Higher Education” (Medium) 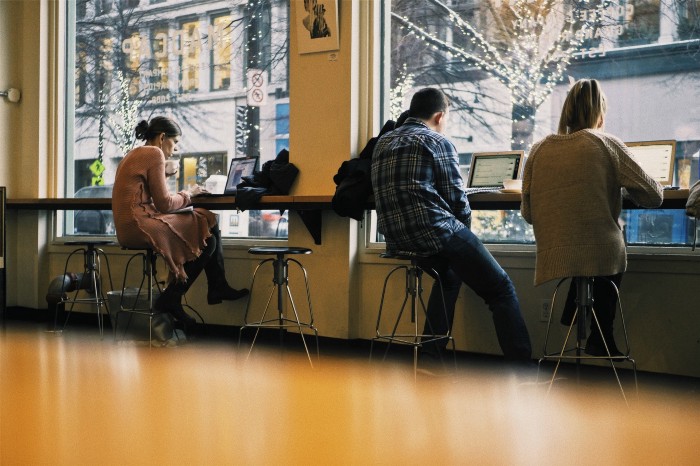 Covid-19 has crippled every conceivable aspect of civilization. Yet, some aspects suffered such a blow that in all likelihood, we are witnessing their premortem spasms. One such aspect is higher education. After decades of accelerated ethical and political decadence, and voluntary discarding of academic integrity in pursuit of wealthy donors, all that remains of the Ivory Tower is an empty shell. Now, thankfully, social distancing has puffed away that, too, exposing what was once the zenith of human engagements as the nadir of human indulgence.

Today’s employers attribute much greater weight to candidates’ professional experience and independent learning skills than to their academic background. In that regard, a study that surveyed over 3,000 U.S. teens and adults found that half of young Americans think that their degree is irrelevant to their work.

When Plato founded the Academy, he encouraged diversity of perspectives and discussion of alternative views. Being a participant in the Academy did not require adherence to Platonic orthodoxy. What a stark contradiction this is from today’s blatant political agenda that every academic institution advocates. If you can tell what political views students of a certain academic institution will have at graduation, this takes away even the pretense of academic or intellectual integrity.

Worse, when every student is indoctrinated according to the institution where he or she studies, the more institutions you can buy into promoting your ideas, the more you will control the leadership of the country in a few years when the graduates take their places in the country’s corporate world and political leadership.

When universities began to develop in Europe in the early Middle Ages, they started as monastic (or cathedral) schools that focused on religious studies, as well as liberal arts (grammar, logic, and rhetoric, music, arithmetic, geometry and astronomy). As in ancient Greece, their focus was on development of thought, but also on provision of knowledge. In the middle, and especially the late Middle Ages, universities began to emerge as independent institutions in Italy, England, France, and elsewhere in Europe. By the time of the Renaissance, they were fully developed academic institutions, and many of them were funded by the Monarch rather than by the Church.

Yet, in doing so, they also lost their academic independence. To maintain the favor of the benefactor, academic institutions had to “bend” science to meet the views of their sponsors, and objectivity flew out the window.

While it is possible to accept partiality when it comes to humanities, it is far less acceptable when concerning hard sciences, and it is downright detrimental when it comes to medical studies and other fields of research that concern human lives and people’s health and well-being. Over the past few decades, there have been numerous cases where medical research was distorted, and medical evidence concealed in order to meet the interest of the funder, often causing horrific consequences to numerous people. The thalidomide distribution scandal of the late 1950s and early 1960s, for example, left a lasting effect on the world. Released as a sedative drug in the late 1950s, thalidomide was also found to ease the effects of morning sickness in pregnant women. The drug was sold over the counter for five years before it was discovered that it could interfere with developing fetuses and cause death and horrible birth defects. During those five years more than 10,000 children were affected, some 40% of whom died and the rest were born with abnormalities to the arms and legs, as well as other parts of the body. And worst of all, at least in Britain, the company that distributed and sold thalidomide knew almost six months before it was pulled from the market that there were credible claims it caused terrible deformities and the deaths of infants.

Since the 1960s, the situation has only gotten worse. When even medicine is for sale, anything is for sale. Today’s universities are mostly funded privately, or rely heavily on private donors to secure their budgets. These sums are not pro bono. They carry a very clear and high price tag, which the university agrees to pay when it decides to accept money from individuals, corporations, or foreign governments. These donors often get to determine much of the curriculum, the lecturers, and even some of the public statements that the university makes on issues of interest to the donors. In fact, these are not donations; it is quid pro quo.

But fortunately, times are changing thanks to the coronavirus. Covid-19 has uncovered the worst of the medical community, exposing nearly every official medical personality as a promoter of the financial or political interest that he or she supports. The views among so called “experts” concerning the nature of the virus and the ways to deal with it are so conflicting that it has become clear that none of them can be trusted to speak with the public interest in mind. In that state, the public cannot know the truth about the virus because either no one knows it but will not admit it, or no one tells the truth because it does not promote his or her vested interest.

Even more importantly, the transformation that the job market has been going through since the turn of the century has made universities almost superfluous. Today, when you study computer science, for example, by the time you graduate, at least half of what you learned in the first year has been changed and your knowledge has become irrelevant. Today’s employers attribute much greater weight to candidates’ professional experience and independent learning skills than to their academic background. In that regard, a study that surveyed over 3,000 U.S. teens and adults found that half of young Americans think that their degree is irrelevant to their work.

It is not that young adults do not need to learn. They need to learn and they learn a lot, but not in universities. They find that dedicated, professional trainings in their field are far more relevant, affordable, and effective. They get what they need from these short, usually online courses, which make them more professional in their fields and do not leave them in debt for decades to come, and with heaps of irrelevant knowledge.

When Covid-19 forced social distancing on the whole country, it shut down the universities. Thankfully, this coming fall, hundreds of them will not reopen but will continue teaching online. In doing so, it takes away the little appeal that universities had — the campus atmosphere.

I think it is time to move to the next phase in learning. There is no point funding behemoth institutions that do not benefit the public. Medical research institutions should be funded solely by the government so as to maintain objectivity and their ability to focus on the public benefit and not on catering to various vested interests.

Social sciences and humanities should not be regarded as sciences, since they are not. Those who want to study them should be able to do so, but institutions should openly profess what ideology they are endorsing so that when people study there, they will know what will be their views when they come out. Additionally, people who listen to a graduate from this or that institution will know what to expect and will not be misled into thinking that that person presents objectively researched information.

It is a long overdue cleanup of the Academia, and the coronavirus expedited it. In the near future, I believe that higher education will take on a completely new and much healthier form.

The Era Of The Last Generation

“Prepare For A Tough Winter”
Podcast Powered by podPress (v8.8)