The Wrong Way To Equal Rights

The terrible wrong that was done to George Floyd, RIP, sparked a storm that who knows when or how it will end. But using this tragedy to justify killing even more people does not improve anything, and demolishing and looting other people’s property is also not right. Simply, you cannot fight for equal rights by doing wrong.

Currently, the chasm between blacks and whites in America is insurmountable. It is even more so in an election year, when each side tries to fan the flames of hate in order to gain political clout and win over votes.

Like it or not, America consists of blacks, whites, Hispanics, and countless other ethnicities from around the world. America now is like Babylon in antiquity, and will disintegrate the same as Babylon did, unless it acts fast. The solution to the problems of America, as odd as it may seem now, is not to change anyone, but rather embrace everyone’s uniqueness and celebrate the diversity under one American society.

America’s strength lies not in its military might or economic power. It lies in its potential to become a beacon of hope for convergence of nations and ethnicities. If this seems unrealistic at the moment, think how unreal shutting down the entire world seemed in January of this year. Moreover, once we did shut down our economies, look how quickly and positively nature has responded. If we dare to dream and act on our dreams, there is no reason human nature cannot change just as fast as all of nature did just now. 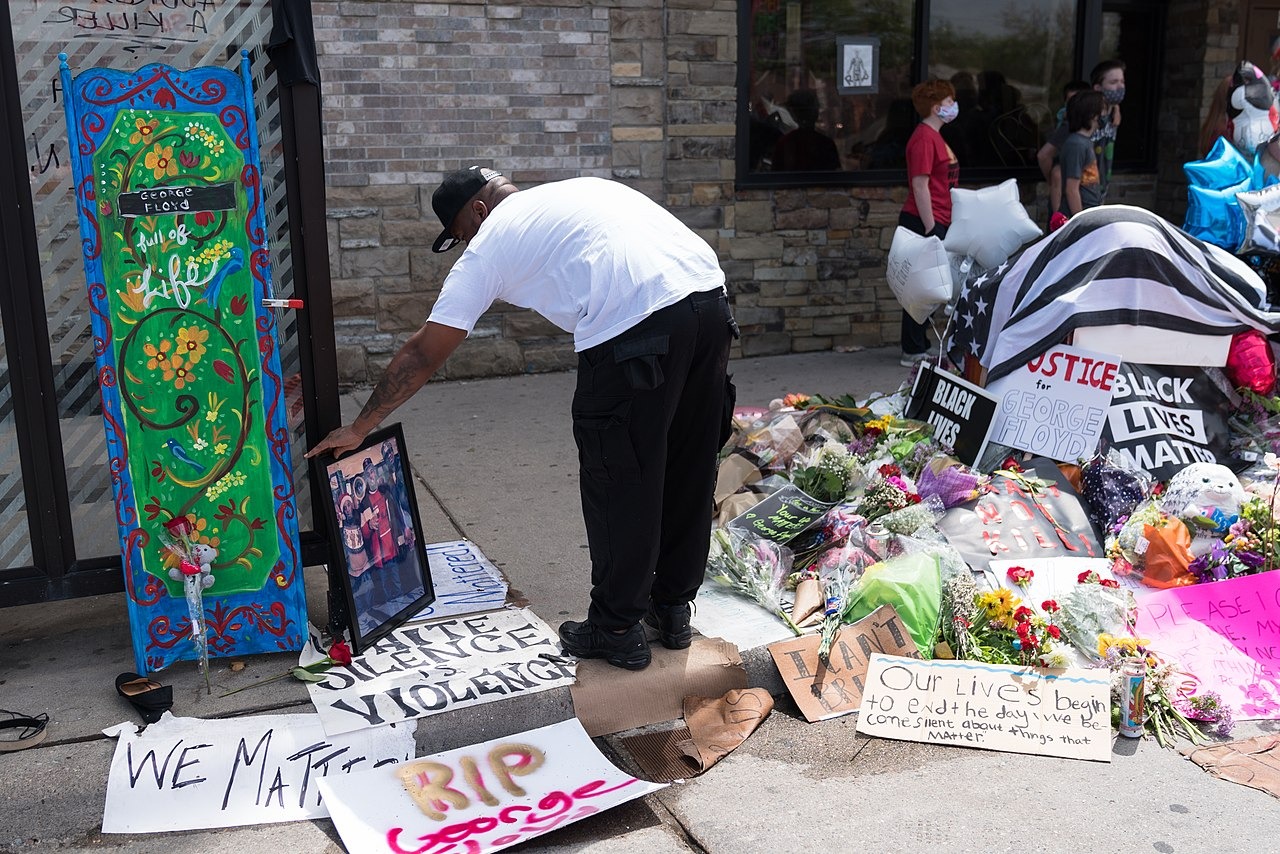 [A work by Lorie Shaull from https://www.flickr.com/photos/number7cloud/49943807607/
Caption: A man leaves a photograph at a memorial for George Floyd on Wednesday afternoon, after the death of Floyd on Monday night in Minneapolis, Minnesota]