“Brexit Is Good For Europe And The World” (Newsmax)

My article in Newsmax: “Brexit Is Good for Europe and the World” 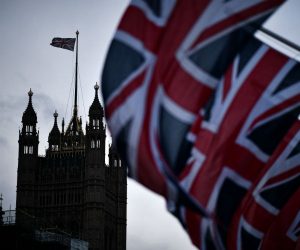 The relationship between the United Kingdom (UK) and the European Union has always been shaky. Now they’ve officially divorced.

Brexit finally happened, and there is good reason for the sense of relief and sounds of joy recently resounding throughout the UK.

I regularly teach about the need for unity among people, so it might seem strange that I applaud Brexit. However, any lasting form of unity requires consistent education based on learning and implementing the laws of nature, while the unity constructed in Europe failed to take such a foundation into account.

Now we thus bear witness to such a union’s fateful shattering.

At face value, the European Union (EU) seemed positive, but it was doomed from the start.

This is because it was constructed on ego-based connections.

European countries could seemingly engage in trade and commerce easily and flexibly.

However, hidden beneath the veneer of cooperation lurked internal competition that ate away at the strength of the union so that no country ultimately gained from the union.

The EU, initiated by Germany and France, was born from a cold calculation for financial viability. There was never any real desire to construct new improved relations and positive social unity between the European countries.

The member states only connected their economic resources, their banks and industries.

In other words, the European Union was constructed out of the self-interest innate to the human ego that is divisive by nature because it only seeks connections that ultimately promise self-benefit.

The European Union was thus leaning toward collapse from its very beginnings.

Now, we can rejoice in the successful execution of Brexit as a positive move because the Machiavellian underpinnings of the EU have been laid bare for all to see.

It is entirely possible that the dissolution might just have prevented a major war arising from the tensing frictions between European countries tied together with such fragile egoistic threads.

As for Europe’s future, it hangs by a thread. It currently stands that the EU dangles precariously by a thin filament being tugged by the United States on one side, and Russia on the other.

Britain has now tilted to the U.S. side where they have always felt more comfortable. Pressure mounts on the Eastern European countries to also decide whether to retire from the EU and associate themselves more closely with Russia once again.

While economic tensions erode the illusion of authentic connection between the countries of the EU, the effects of immigration threaten to culturally and financially impoverish them from within.

The lights of Western Europe are slowly fading as European countries continue to change face: Paris is becoming an African city, Berlin is turning into a Midle Eastern one, and London is transforming into a vibrant Indian city.

Europe’s complicated language and cultural mix combined with its contentious history that has always been prone to struggles and conflicts bode ill both for the EU and the survival of Europe as we have known it.

Lacking connection-enriching education, inherent human egoism with its overblown desire to profit at the expense of others blocks off hope for any lasting or beneficial form of unity in Europe.

One way or another, it seems that Europe will need to endure several more crises. The extent of Europe’s problems will depend on how soon they wake up to the fact that ego-based unity is brittle and unsustainable from the start.

Lasting fruitful connections can come about when unity above differences is given top priority. A positive unifying atmosphere not based on the economy, but on the laws of nature, should be the principle concern of each country individually and of all European countries as a whole if they are to overcome the egoistic tendency, which grows in each of the continent’s inhabitants from one day to the next.

Informed by in-depth knowledge of the laws of nature that develop everything in our universe, humans included, moment to moment toward greater states of unification, the incredibly diverse peoples of Europe will be able to set an example of how to gather in unity upon a foundation that “is beneficial to them and beneficial to the world.” (Mishnah Sanhedrin, 8:5).
[259784]

The Only Request To The Creator
Podcast Powered by podPress (v8.8)