“We are raised spiritually, but never lowered.” Our entire path, from the beginning of creation till the end, is non-stop ascent for everyone: those who succeed and those who don’t. At every second, we come closer to the full correction.
Although we often feel “descents” instead of ascents, we are nevertheless always advancing forward, according to the module.

The spiritual vessel in which the Creator is revealed, is comprised of ten qualities that are absolutely opposite to one another. They unite with each other above themselves, while each one sees no possibility of uniting with the others. However, by ascending, “pushing away” from oneself, one unites with the others.

Attainment of unity is attainment of the Creator. The Creator is the unification of all opposites together, when they complete one another.
#kabbalah #unity #wisdom

There are no descents. The Creator wishes for humanity to advance while being aware that it is undergoing an ascent—ascent toward eternity and perfection. At every moment, man receives greater proximity to perfection, spirituality. Our work is to feel that we really are advancing in this way.

Our friends from Africa are the most important part of the common soul, like sweet dessert at the end of a meal. In our times, the vessel of the common universal soul is being revealed, and Africa completes its unification. This is why it is more important than any other piece of land on the planet. 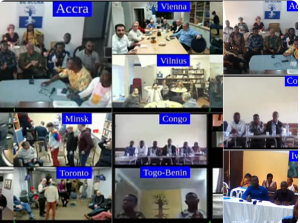 I was impressed by the virtual Kabbalah convention in Africa that took place—a unique event that 18 groups in Africa took part in. This is a special continent that has waited thousands of years for Kabbalists to turn to it and start awakening it to link it to the upper force. This is a special sign. 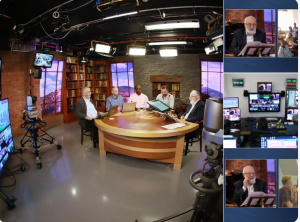