“To what do you attribute the recent upswing in violent attacks against Jewish people?” (Quora)

Michael Laitman, On Quora: “To what do you attribute the recent upswing in violent attacks against Jewish people?“

The core reason for hatred and attacks against Jews is that there is no mutual responsibility among the Jewish people.

The foundation of the Jewish people is ideological, not biological: that we once united according to the tenet “love your friend as yourself” during the increasingly divisive times of ancient Babylon, and by doing so, became a conduit for the force of love and bestowal to enter among us and spread to others.

Since those times, human egoism grew and we lost our sense of such connection. However, whether we know it or not (and the vast majority of us today are unaware of it), we hold potential and the method to achieve a state that can elevate humanity to a state of common love.

Why does achieving such a state of connection hold immense importance today? It is because reaching a state of love among humanity holds the key to solving every problem humanity faces today on all scales: personal, social, economic, ecological and global.

The fact that hatred and attacks against Jews have been on the rise in recent times is due to the need for love and connection to enter the world—and the Jews hold the key to unite. In the mid-2000s, I warned American Jews about a forthcoming rise in antisemitic crimes and threats through various lectures across the country, and the idea was publicly dismissed as nonsense by various American Jews in attendance. Today, however, we are in the midst of exponentially increasing antisemitic crimes and threats, and the solution to the problem—the unity of the Jewish people, forming ties of mutual responsibility—remains elusive.

By failing to acknowledge our need to come together, we invite hatred and attacks upon ourselves. On the contrary, if we develop the power of unification among us, then we will see an inversion of that very hatred into its opposites of love and respect for a nation that brings goodness to the world. It is my hope that we will take heed to our need to unite above all of our differences, and by doing so spread the unifying force to humanity at large. 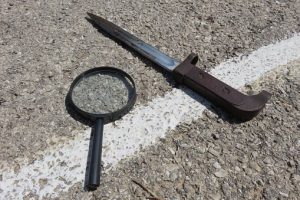 In the World of Information
Podcast Powered by podPress (v8.8)