“What Was The Relationship Between Ancient Israel And Ancient Rome?” (Quora)

Michael Laitman, On Quora: “What was the relationship between ancient Israel and ancient Rome?“

According to the wisdom of Kabbalah, Rome and Israel, and their confrontations most notably in ancient times, are viewed from a spiritual perspective, i.e., they represent two clashing philosophies of life.

At the root of the matter, there is a contradiction between the upper force of bestowal, the Creator, and the force of reception, the created being. In other words, there is a contradiction between the qualities of love, bestowal and connection belonging to the upper nature, and to the nature of the created being, which solely wishes to receive fulfillment and enjoyment in its pride, strength, knowledge and wealth.

Therefore, the philosophy of life of ancient Israel, which is the group that emerged from ancient Babylon and became a nation, was formed on the basis of equality—“love your neighbor as yourself”—and accordingly it existed in the sensation of the upper force, i.e., in understanding how it develops in relation to its ultimate goal in life, which is a state where the created being equalizes its qualities with those of the Creator. Such an approach opposed that of the barbarians.

The Romans were barbarians in terms of their attitude to life because they believed that life consisted solely of the body’s existence.

The attitude that the Romans represented is that of the most powerful, proud and domineering egoistic force. This worldview states that conquest, suppression and enslavement give meaning to human life.

Israel, however, represented the meaning of life differently: that the meaning of life is to rise above the bodily drives and reach a state of “love your neighbor as yourself” as a means of equalizing in qualities with those of the Creator, i.e., qualities of love, bestowal and connection. The Roman approach was thus in total disagreement with the approach of Israel. Thus, as two opposed attitudes to life, two philosophies, two foundations, two ideas, they collided and terrible wars broke out between them.

The Jewish people had no such concept of shutting themselves off from others. On the contrary, the approach of Israel was an inviting one: “come and live like us, united.” There was also a special place for other nations in the Temple, according to the principle in the Israel approach that everyone can remain in their religion and philosophy of life, but love should cover all and connect between us. Today, however, nothing remains of this.

It should be noted that we are discussing only the ancient nations of Israel and Rome, which have nothing to do with today’s Italians. These are completely different nations. 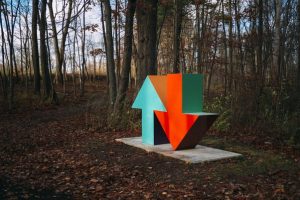 The Result Of Shattering Of The Common Soul
Podcast Powered by podPress (v8.8)