“The Hunger Games Of War” (Medium)

Medium published my new article “The Hunger Games of War” 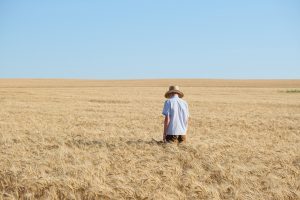 After a month of war in Ukraine, an unprecedented world food crisis is anticipated. The wheat exports of Russia and Ukraine combined account for nearly 30 percent of global production, while Russia is the main fertilizer exporter in the world. Therefore, the conflict threatens to rapidly unleash a “perfect storm” in global agriculture, affecting food availability and prices. At its root, we need to realize that the impending hunger is not the result of a lack of food but a consequence of an excess of human egoism.

If we consider that around 45 million people in the world are already on the brink of famine, and nearly 283 million people in 81 countries are at high risk for food insecurity (according to estimates of the World Food Program), the forecast for the future is not promising. An energy crunch and skyrocketing increases in natural gas prices, have dealt a severe blow to food production and transportation costs.

The United Nations Food and Agriculture Organization predicts a spike of at least 20 percent in food prices in the coming months, on top of the disruptions and cost increases due to the COVID-19 pandemic. It is expected that the situation will acutely exacerbate global food security and create social unrest and instability.

If the world had approached the problem of food security correctly, it might not have reached such a crisis as to endanger provisions that could put millions in danger of starvation. We could have approached the situation in a healthy way and assessed what we have, how much is needed, who is lacking, and how to best distribute our resources, as in a family.

The problem is that while the world is increasingly interdependent, at the same time it has become increasingly disconnected. No one really thinks about the welfare of others. In some places, the basic grains for consumption will be even burned in order to keep the prices high, causing people in other places to literally starve to death. So the food crisis we face is not a matter of limited provisions but the lack of mutual concern and responsibility between us.

This is not the first food crisis the world has faced and will not be the last one. The billions of dollars received by international organizations to tackle hunger could have fed the entire world several times over, but the problem is not solved because there is no real interest in finding a solution. Hunger is a profitable business and a way of dominance. Those who make a cash cow out of it will be happy to perpetuate starvation. Others, in a cold-headed analysis, even look at the global population of 8 billion and think that it would be easier and more advantageous overall to deal with half that number of people, as was the case one hundred years ago when fewer natural resources were demanded.

In my view, until we deal with the heart of the problem, which is the egoism in human nature and the war between self-benefit and the common interest, we will find no remedy for our woes. We have run out of options. Only rising above selfish interests for common benefit can spare humanity many more years of needless torment.

The food crisis we face should force us to reassess our priorities about how to deal with global problems. Only when people grasp that everyone in society is dependent on everyone else and that the world is like one body in which a severe illness in any of its organs affects the whole system to the point of collapse, will we begin to change. At that time we will begin to see acts of mutual concern, and support systems that are established by the community, authorities, and everyone responsible for the emergence of a new society of mutual responsibility. Humanity simply has no other choice, no other way to survive.
[295799]