“Can Happiness Be Measured?” (Linkedin)

My new article on Linkedin “Can Happiness Be Measured?” 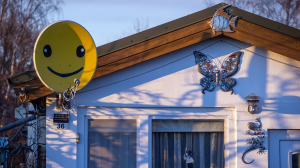 If a country makes the cut, it means that its inhabitants are among the happiest in the world, according to the UN World Happiness Report, a global survey from people in about 150 countries. The study recently revealed a very simple premise that is usually ignored: our levels of satisfaction are related to the levels of generosity and mutual aid which have risen over the past two years due to the pandemic. But does it mean people are happier because they are suddenly more altruistic? How can it be really measured?

Finland is the world’s happiest country, for the fifth consecutive year, according to this ranking which is based on the standard of living and mutual responsibility. Donating to charity, helping a stranger and volunteering have risen 25% globally in 2021 compared with pre-pandemic levels, the report says. That is probably the case but how a survey can penetrate people’s feelings and fulfillment is debatable and therefore, unreliable.

I think we have grown up a bit and are no longer so naive as to take polls seriously. Everyone understands that they are funded and involve political considerations. For instance, if we were to believe the surveys, we might be thrilled that Israel, the country where I live, has reached the respectable 9th place in the global happiness index despite the constant menace of security threats and high cost of living.

The relationship between us is more difficult day by day and the conflicts are exhausting so the conclusion would be that the seventieth place in the happiness index is more realistic for us. Thus, by placing Israel on top of the list, the United Nations are simply trying to conceal their ongoing biased treatment toward us.

If you put aside the glasses through which the UN survey shows us the “global happiness index” and look at the reality itself, you will see that Scandinavians, who take the first places of the list, are hardly a poster picture of joyful outburst.

There are general contrasting waves in reality of heat and cold, expansion and contraction, waves of stinginess and generosity, happiness and sadness. And now a warmer, open and friendly wave is sweeping through the world. It has been preceded by the Covid pandemic and global suffering. But it is only a passing wave and it will fade away.

The world will close itself, and people will once again become vindictive and selfish. This is because life events affect us and draw us outwardly to some degree of connection at one time and then to separation at another. But on the inside, we do not change.

We have remained this way for thousands of years, and continue to live with the same inner instinct that we were born with as human beings. It is the selfish instinct, the ego. That ego does not allow us to be truly happy. It causes us to run over others to achieve what we desire at their expense which in the end keeps us apart and suspicious and hostile about each other. No one can feel truly fulfilled in such conditions and environment.

We are part of the whole of humanity, and also part of the whole system of nature. Therefore, our happiness depends on and is connected to the happiness of everyone else. We cannot feel private happiness if we are not happy with all our surroundings. To be truly happy we must address the extent of the ego’s control over our lives.

When we change our perspective from egoistic to altruistic, we will climb the ladder of happiness without depending on surveys and empty pride. Everyone will feel the inner joy that exists in the harmonious relations between us, the real source of lasting fulfillment.

“The Israeli Education System Is Imploding” (Times Of Israel)