“A War Over Worldviews” (Linkedin)

My new article on Linkedin “A War over Worldviews” 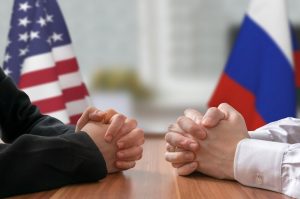 The war in Ukraine seems to be at a stalemate; Russia had underestimated the determination of the Ukrainian people and the military power of its army, and Ukraine is not strong enough to drive the Russian forces out of the country altogether. As a result, a war that many expected to last no more than two weeks before Ukraine capitulates has become a war of attrition that is decimating Ukraine’s cities, displacing a quarter of its people, so far, and killing thousands of civilians. On the other end, the war is exhausting Russia’s military might, depleting its resources, and frustrating its leadership.

Yet, a more clandestine, yet very significant process is taking place in Ukraine: a farewell to imposing ideologies and the onset of a more rational approach to governance. Winston Churchill, England’s prime minister during World War II, knew a thing or two about fighting against tyrants. In 1947, he said, “Many forms of Government have been tried, and will be tried in this world of sin and woe. No one pretends that democracy is perfect or all-wise. Indeed, it has been said that democracy is the worst form of government except for all those other forms that have been tried from time to time.”

I tend to agree with this statement, although clearly, we have witnessed the faults of Western regimes since 1947 more than once. Yet, it is not because we need to change the Western approach to governance, but because we need to add a missing element that will solidify it and guarantee its success: sincere concern for others.

If Western governments are plagued by the same hunger for power that soils every other regime, they will inevitably become despotic, too, albeit perhaps with titles that sound more appealing, and therefore more misleading.

In order to succeed, the goal of Western civilization must be to establish societies that are not only free from tyranny, but free from hatred of others, as hatred is the cause of tyranny and oppression.

Liberation from hatred is humanity’s next step. It is imperative to maintain democracy while we are evolving, but we must not think that democracy is the end of the road. All the while, we should be teaching ourselves how to care for others, starting with our own countries, and ending with caring for other nations just as we care for our own. Only in this way will humanity have a future that is not strewn with bloodshed.