“Texas Synagogue Siege: Still Something To Pray For” (Linkedin)

My new article on Linkedin “Texas Synagogue Siege: Still Something to Pray For” 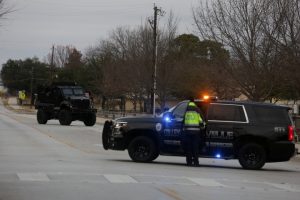 Explosions and gunfire were heard before the 10-hour hostage ordeal at Beth Israel synagogue in Colleyville, Texas ended. Four hostages were released unharmed in yet another attack by a gunman on an American synagogue, which is happening with greater frequency in recent years. Although the standoff ended safely, this time, with the FBI Hostage Rescue Team freeing the rabbi and his congregants, the Jewish people will need to activate special forces from their unity and solidarity to be safe in their places of worship and everywhere else.

Unfortunately, the threat will not stop and fears will only increase. The trend of Jew-hatred has not changed for centuries, it is only getting stronger, especially in America. Every antisemitic incident, small or large, should remind us that there is an eternal reason for this phenomenon that needs to be investigated.

“Prayers answered,” Texas Gov. Greg Abbott tweeted after law enforcement stormed the synagogue to free the hostages of a gunman who had disrupted a service to demand the release of a convicted terrorist. The incident is a powerful reminder that Jews cannot even feel safe in their places of worship. Although the motives were different, the Tree of Life synagogue in Pittsburgh in October 2018 and Poway Synagogue in California in April 2019 were both struck by deadly attacks while Jewish congregations were praying.

Since then, Jewish institutions have tightened security measures, but this does not seem to be enough. In coordination with the U.S. Department of Homeland Security, the Jewish Federations of North America announced a $54 million plan to install secure doors and surveillance cameras and hire security personnel at Jewish organizations, schools and synagogues.

Unfortunately, the threat will not stop and fears will only increase. The trend of Jew-hatred has not changed for centuries, it is only getting stronger, especially in America. Every antisemitic incident, small or large, should remind us that there is an eternal reason for this phenomenon that needs to be investigated.

Antisemitism is a strong and deep feeling of hatred towards Jews, a natural and burning feeling that cannot be dimmed in any way. Our attackers see in us, the Jews, the causes of all human suffering, and it is rooted in nature.

All of humanity is connected in one network, in an integral natural system within which the people of Israel are the innermost part; it is a small nation that reflects within it all of humanity. Rav Yehuda Ashlag (Baal HaSulam), wrote in his Introduction to the Book of Zohar: “Bear in mind that in everything there is internality and externality. In the world in general, Israel, the descendants of Abraham, Isaac and Jacob, are considered the internality of the world.”

That internal force can be activated in the Jewish people through our connection. It is what the nations of the world subconsciously want from us and it is what dwells deep within as the core reason behind every expression of antisemitism.

Rav Abraham Isaac Kook also emphasizes the importance of our role in his writings Orot (Lights): “Israel is the essence of all existence, and you have no movement in the world, in all nations, which you will not find in Israel.”

When we are divided and in conflict with each other, with every Jew praying his or her own prayer, we ourselves awaken the spirits of hatred against us. Conversely, when we connect with each other, we awaken a positive force that spreads in a unique and hidden way in the integral system of nature so that we neutralize hatred and bring peace and tranquility to the world.

This time “our prayers were answered.” In order to prevent the next catastrophe, we must multiply the connection of good and friendly relations so that a common desire and prayer will crystallize between us, the Jews of the whole world. As it is written, “The genuine movement of the Israeli soul at its grandest is expressed only by its sacred, eternal force, which flows within its spirit.” Rav Kook, (Letters of the RAAIAH 3)
[292499]