“The Darkness Of The Crystal Night Continues” (Linkedin) 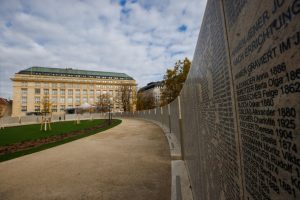 The words “crystal night” may evoke the image of stars twinkling in the clear night sky, but it is nothing of the kind. This week, 83 years ago, the Nazi Party’s paramilitary forces (SA) smashed the windows of synagogues, schools, and other Jewish institutions, broke into them and set them on fire. The coordinated pogrom took place throughout the Third Reich, in Germany and Austria. The smashed windows scattered on the ground gave the night its name, Kristallnacht (Crystal Night), or the Night of Broken Glass. More than 400 Jews were slain that night, 400 more died in concentration camps shortly after, and many more committed suicide as a result of the pogroms.

Jewish unity must never be for its own sake. The whole purpose of the existence of the Jewish people is to build an exemplary society. In the short periods when we had such a society, we thrived and the nations admired our achievements. When we grew apart, they began to hate us since our division sent the opposite message from the one we are intended to send, that unity above differences creates the ideal society and the happiest people.

This week, Austria unveiled a memorial in Vienna to commemorate the memory of the victims of Kristallnacht, and the memory of the 65,000 Austrian Jews who perished in the Holocaust. This event is also an opportunity to acknowledge that antisemitism is rapidly intensifying the world over, and another Holocaust is already on the horizon.

I wish I could be a bearer of good news, but the reality is that we have not coped with the reasons that generated that violent hatred and its subsequent horrors. We are still deep in the darkness that originated that pogrom, and all the pogroms before and after it.

Nevertheless, I see no cause for despair. On the contrary, the key to changing our position in the world is in our hands; if we muster the determination, we will prevent such atrocities from afflicting our nation going forward.

Memorial days should not focus on remembering the dead. I, too, lost the majority of my family in the Holocaust, but remembering them will not prevent it from happening to my children or grandchildren. If we want to secure our future, we must focus on what we can do today to achieve it, rather than mourn the dead, although that has its place, as well.

In the spirit of this proactive approach, I think we should look at what we can do about antisemitism. For all our efforts, we see that reasonable explanations do not uproot the hatred. We can, and should, forbid expressions of online antisemitism, and we should do all that we can to curb overt Jew-hatred and Israel bashing, which has become trendy among politicians and opinion leaders. However, these measures will only buy us a little time; they will not prevent the eventual intensification of the hatred to levels that will erupt in large-scale violence against Jews.

To use the little time we have, we should focus on ourselves rather than on our haters. There is a lot we can do that will change the world’s view about us. Below is a list of don’ts and dos regarding coping with antisemitism.

1. We should not attempt to appease our haters, neither abroad nor in Israel. They hate Jews, and anything we do to appease them will only embolden them and add derision to the hatred.

2. We should root out the thought that antisemitism is the result of this or that policy of the Israeli government. The expulsion from Spain, the pogroms in Russia, Kristallnacht, and of course, the Holocaust, happened long before there was a Jewish state. Therefore, bashing Israel is just an insinuated way to express hatred of Jews.

3. Don’t argue with Jew-haters. Hatred needs no justification; the hater always feels entitled to the hatred, so arguments are a waste of time and energy.

1. Develop solidarity among Jews. Our ancestors were strangers who united around an ideology of creating a society where people love each other as themselves. Only when they committed to be “as one man with one heart” did they become a nation. Moreover, we were exiled because we hated one another, so the basis of our restored nationhood must be unity.

Incidentally, unity does not imply uniformity. On the contrary, the differences among us will create a society whose strength is in its diversity. The shades and nuances of a united Jewish society will generate a lively, dynamic, and powerful society.

2. Once we establish unity among Jews in Israel, it should spread and encompass every Jew around the world who wishes to join in. Following the same idea that diversity generates power and vitality, any Jew who wants to contribute one’s special flavor to the rejuvenated united nation will be welcome to join.

3. Finally, and most important: Jewish unity must never be for its own sake. The whole purpose of the existence of the Jewish people is to build an exemplary society. In the short periods when we had such a society, we thrived and the nations admired our achievements. When we grew apart, they began to hate us since our division sent the opposite message from the one we are intended to send, that unity above differences creates the ideal society and the happiest people.

As I have shown in two extensive publications on the subject, The Jewish Choice: Unity or Anti-Semitism and Like a Bundle of Reeds: Why unity and mutual guarantee are today’s call of the hour, history proves that these dos and don’ts work. Now we must have the courage to implement them.
[289816]

The Vicious Circle Of Humanity