“No One Loves A Nation Whose Members Hate Each Other” (Linkedin) 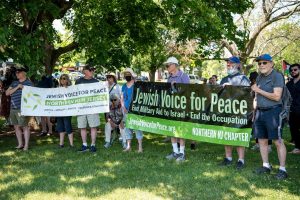 I have been told that the problems in supply chains afflicting the global economy have gotten so bad, and the prognosis is so dire, that some countries are considering shutting down international trade and trying to become self-sufficient. It is clearly an impractical idea, but it shows how desperate some countries have become, and how pessimistic they are about the future. There is a solution, but it involves reciprocity and consideration of others, and no one wants to go that way. So, for the time being, we will continue to suffer.

Look at what we have done to our planet. We have polluted it, corrupted it, and depleted it of resources and much of its beauty for the illusion of power and control. We could have achieved so much more with a fraction of the effort and a fraction of the resources we have drained from the planet, but for this, we would have to work shoulder to shoulder with each other, and no one wants that.

Regrettably, the situation will continue to worsen until everyone points their finger at the Jews and blame them for everything that is wrong with the world. Around this, everyone will be happy to unite, and not around anything else.

It is not only the world, but many Jews feel guilty, too. Look at how many Jews justify Jew-haters! Moreover, Jews who do so are not treated as traitors, as they would be anywhere else, but as progressive, justice-seeking people. Why are we like that? It is because deep down, we feel that the world is correct in its accusations, that we really are responsible for the world’s troubles. We cannot rationalize it, but we feel it nonetheless. Even if we do not admit it, our meek resentment to the most absurd allegations proves that we do not feel innocent.

Especially now, when the world has become such an interdependent, closed system where everyone affects everyone else, anything bad that someone does immediately impacts the entire world. We, Jews, are expected to correct the world. Since the world is broken, in the eyes of the world, as well as in our own eyes, it is our fault.

Think about it, no nation has conceived such a notion as Tikkun Olam [correction of the world], certainly not as one of its core values and goals. No nation has pinned its entire essence on love of others, to the point where one loves one’s neighbor as oneself. No nation has made mutual responsibility such a deeply rooted principle that its members feel entitled to demand it of each other. And finally, the sages of no other nation blame their defeats on unfounded hatred among the members of the nation, instead of on external enemies.

Even with regard to the nations of the world, our calling has always been a positive one. As soon as we became a nation, we were designated as a chosen people—chosen to exemplify those core values just mentioned: Tikkun Olam through love of others and mutual responsibility. Is there anything the world needs more than these?

Yet, instead of living up to our vocation, we have become the opposite. We are a display of self-loathing, inner division, and mutual derision. We are arrogant, but we have nothing to be proud of since people don’t need technology; they need to love and be loved, and we are denying them their needs through our negligence in our duty.

No one loves a nation whose members hate each other, all the more so when that nation was forged to be the trailblazer toward unity. If we reject our calling, who will pave the trail?

We are an assortment of members of nations from all over the Near and Middle East, who once united “as one man with one heart.” Because of our unique example, we must lead the way for the unity of the world, and the only way to do it is through our example.

Each of us is a descendant of those members of the nations. The nations will not be able to unite without our example. Our ancestors were “ambassadors” of the nations, and we are their heirs; it is incumbent upon us to carry out our ancestors’ legacy: to be a light unto nations and redeem the world of hatred. If we unite among us, the world will follow through. If we shun one another, the world will shun us.
[290342]

“What Is The Difference Between Kabbalah And Eastern Teachings?” (Quora)