“As Desires Change So Do Our Brains” (Linkedin) 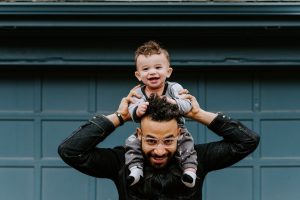 The human body is not fundamentally different from that of other mammals, and certainly not from that of other apes. Yet hominids, the type of apes that evolved into the homo sapiens, have kept evolving to the point where we have leaped out of the food chain and gained not only absolute dominance over all living beings, but over the whole planet. What was different about hominids that gave them prominence? Nature instilled in them evolving desires. These desires are the cause of man’s perpetual development.

Since desires in other animal species barely change over the eons, other species evolve very slowly. Basically, as soon as an animal’s stomach is full, it seeks rest. During mating season, it seeks a mate, and after mating, it returns to the two basic desires of food and rest. Females (and sometimes males, as well) have an additional desire to tend to the two basic desires of their young, as well as their own.

A saying in the Talmud sums up the idea: “A day-old calf is called an ox” (Baba Kama 65b). Since a day old calf wants exactly what a grown bull wants, to feed and to rest, there is no fundamental difference between them.

But with a human baby and a grown up adult, they are worlds apart, completely incomparable. In order to accommodate the changing desires of a growing human being, the brain must constantly adapt to new demands. This is why we say that the need (desire) is the mother of invention.

But humanity is at a crossroads. Our evolving desires have grown to a point where we want to devour the entire world. As a result, we have developed the technologies and instruments to achieve it. But as we implement them, we are destroying our home. We must take control over the evolution of our own desires before they consume us.

We already know that planet Earth is a single system. The next phase in the evolution of our desires is therefore to learn to benefit from it rather than wanting to subdue it and destroy it.

We will know how to benefit from it only when we can sympathize with it to the point where we become part of it. When we become part of something instead of controlling it, we do not relinquish power because that something is now a part of us. We begin to feel it within us just as we feel ourselves. We do not restrict our control; we expand our perception to include the entire world.

When we reach that state, we will know how to run the world and ourselves perfectly. We will be in full control and everyone will benefit from our knowledge.

We cannot stop the evolution of desires, but if we know its direction, we can accelerate its pace and get to our destination quickly and pleasantly.

“Have Humans Been Domesticated?” (Quora)

“The Old World Is Dying And A New One Is Born” (Linkedin)
Podcast Powered by podPress (v8.8)