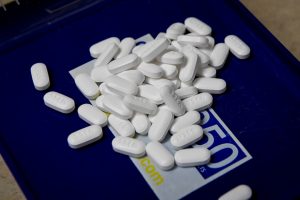 Long before the pandemic hit the world, the US was already on a downward trend. According to a story published by David Leonhardt in The New York Times under the title “Life Expectancy, Falling,” “During the second half of the 2010s, life expectancy [in the US] fell on a sustained basis for the first time since the fighting of World War II killed several hundred thousand Americans.” Echoing this topic, the magazine Science News stated in an essay titled “‘Deaths of despair’ are rising. It’s time to define despair,” that “Since the 1990s, mortality had risen sharply.” However, according to Science News, the spike in mortality was not indiscriminate; it affected mainly the “middle-aged, non-Hispanic white people, especially those without a college degree.”

According to both stories, which relied on publications by Princeton University economists Anne Case and Angus Deaton, the reasons for the declining life expectancy were what the researchers dubbed “deaths of despair.” Such deaths are caused by several factors, all of which are social rather than medical. Among these factors are lack of structure and meaning in life, broken or poor social ties at work, loss of connection to the church or community groups, high divorce rates or not marrying at all, drug and substance abuse, alcoholism, and suicide.

As Leonhardt writes, “It’s hard to imagine a more alarming sign of a society’s well-being than an inability to keep its citizens alive.” While I understand that educated people may be less susceptible to fatal despair, since they have more distractions to fill up their minds, the profound crisis that has struck the American society is pervasive. I have no doubt it will affect everyone in America, and far beyond its borders. As Case and Deaton note, the crisis is not in the ability to live, but in having no reason to do so.

Humans are not animals. We cannot settle for having a place to sleep and food to eat from day to day. As humans, we contemplate the future, reflect on the purpose of our lives, and on our freedom to steer our lives where we want, assuming we know where we want to steer it.

Also, as developed social beings, we live in complex social systems that constantly influence us, just as we influence the systems. When any member of society is in crisis, it spreads from person to person much like a virus. Countless studies have shown that when people around you are happy, your chances of being happy are far higher than if people around you are depressed. This is true even if you don’t interact directly with those people. Therefore, when a sense of meaninglessness spreads through the society, it must be treated on a social level since it is, in fact, an epidemic.

The problem, as Case and Deaton already noted, is lack of meaning in life. Therefore, this is the issue we must tackle if we are to heal society. The longer we wait, the more the depression will spread and take its toll. Already, millennials find most things that excited their parents tasteless. And without a purpose in life, they’ll fall into the same quagmire that is ruining their parents’ generation.

To stop the spread of fatal despair, therefore, we must give people a lasting purpose. Such a purpose must be greater than one’s worldly life, since people have already given up on finding worldly goals worth chasing. We need to show people that human existence has a purpose, that it is possible to feel truly alive only when we look outside our personal shell and begin to examine the world and the people around us. When we begin to connect with others, we find meaning in everything we do. Suddenly, our every action and thought has an impact—positive or negative—and each one of us matters, since we all influence each other.

Only when we see the world through a broader perspective can we understand how important each of us is to humanity. When we work to improve society, rather than selfishly amass wealth, power, and possessions, then everything we do, say, or think becomes important to everyone around us, and to those who will come after us.

Life is not valued by how much we manage to accumulate, but by how much we impact society. Those who solidify society, who make it resilient and animated, are those whose lives become imbued with meaning, which continues after their years on Earth have ended.
[285446]