Michael Laitman, On Quora: “Why is envy a bad thing?“

In a society where consumerist and materialistic values envelop us, then we commonly feel envy as bad because it places us in a negative competition against each other. That is, due to envy, we feel worse about ourselves, because it makes us feel weaker, smaller, slower, and generally worse off than others. Likewise, envy can lead to us becoming ready to trample on others in order to make ourselves appear bigger, stronger, faster and generally better than them. 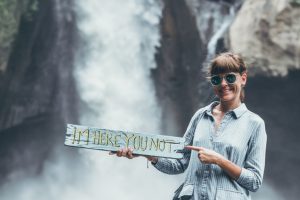 We feel envy as a blow to our very selves—our egos. We are made of egoistic desires to enjoy, and envy makes us feel that others enjoy more than we do, or enjoy in places where we feel no enjoyment. It thus makes us feel deprived of enjoyments that other people receive, and their surplus enjoyment—whether it be better health, more successful relationships, more wealth, respect, fame, power or knowledge—seemingly elevates them over us.

My teacher, Rabash, used to say that he would love to wear his pajamas everywhere he went, because pajamas were his most comfortable clothes. Why, then, didn’t he? It was because it would have been considered inappropriate according to a social dress code that dictated a certain standard of dress. By wearing pajamas in public, especially as a rabbi, he would become the subject of gossip and humiliation. Therefore, in order to fit into society and avoid gossip and humiliation, he would wear socially-acceptable clothing out in public, even though it was far less comfortable than the pajamas. The fear of not being the subject of gossip and humiliation in society thus directs much of our social life.

However, envy is not a bad quality in and of itself. Whether envy is negative or positive depends on what society values. We commonly feel envy as bad because we value egoistic qualities in society, i.e., we look up to “the bigger, the stronger, the faster and the better” in society—people who can outcompete their way to a certain level of materialistic success. If we instead appreciated positive social connection as a leading value, where the more united, altruistic, kind and caring a society is, then its members would be happier, safer and more confident—likewise envy would also invert and become a positive quality.

In other words, if there were a pro-social atmosphere enveloping society, with people primarily respecting and valuing contributions that strengthen social solidarity and unification, then we would envy people who appear more altruistic, caring, kind and loving. Since we would value connection, then we would see no point in bringing down these people, as it would oppose the values circulating through society. Rather, envy would make us want to change ourselves in order to become more altruistic, caring, kind and loving as we perceive others.

Envy would thus not only become positive, but it would become a key factor in transforming ourselves for the better in order to improve human society. Instead of envy leading to all kinds of manipulation, exploitation and abuse, as it does in our current materialistic world, envy in a society that values pro-social qualities would lead to our becoming more supportive, encouraging and caring of each other. It would create an atmosphere of healthy competition, serving to motivate and inspire society’s members to realize themselves by benefiting others and society. Such a society would then be on course to new levels of happiness and well-being.

Envy thus is not bad in and of itself. Whether it is bad or good depends on the values permeating our society. If we learn to shift our values from egoistic, individualistic and materialistic ones to altruistic and pro-social ones, then our envy would serve to expand the latter traits throughout society, which would in turn make us happier, healthier, safer and more confident people.

“What Is The Greatest Pleasure In The World?” (Quora)

Connect All Opposite Parts Of Creation
Podcast Powered by podPress (v8.8)