“How Will Society Keep Human Labor Relevant In An Era Of Increasing Automation?” (Quora)

Michael Laitman, On Quora: “How will society keep human labor relevant in an era of increasing automation?“

In an era of increasing automation and mass unemployment, we will need to readjust our concept of work. We are developing to a state where we will first and foremost need to learn how to live harmoniously as a single collective. The most important factor that will hold us together as a society will be positive attitudes to each other, which we will need to develop upon growing divisive drives and egoism that will naturally make us increasingly distant from one another. 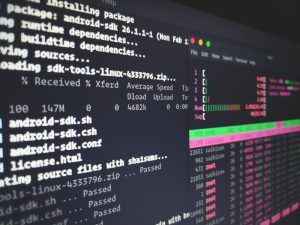 We will thus need to learn how to become satisfied with what we need for our sustenance, and this will be possible if we emphasize the need to unite positively as a single human society. In other words, as the need for a human workforce will lessen the more that we automate labor, then instead of trying to make new jobs that we do not need, we should instead set up a system of education that upgrades our knowledge, awareness and feeling of the world we live in. This new system of education should prioritize the establishment of positive connections throughout society.

Ideas of universal basic income that are being explored more and more today would serve such a system well, with one caveat: that basic income is not given on its own, but that it is given in exchange for a certain level of participation in a unity-enhancing educational system.

Basic income given on its own would stagnate society. It would demotivate people to work because it would eliminate the competitive work atmosphere that makes people thrive to advance when they see others progressing.

However, if we start prioritizing unity as society’s leading value, and do so through extensive connection-enriching educational activities, then through such a framework, we will fulfill our competitive drives in a new way: we will increasingly understand the need to unite together with seeing more and more unifying examples emerging within society. Then, as we enter into a new drive to want the best for other people, and to relate altruistically, kindly and with care toward each other, then we will start feeling a new positive force surfacing within this new attitude we apply and nurture.

Therefore, we would be wise to view the era of increasing joblessness and automation as key moment of transition within human development, one in which we will need to get used to positively connecting to each other in society as our principle work.

Based on KabTV’s “Challenges of the 21st Century” on April 24, 2019.
Written/edited by students of Kabbalist Dr. Michael Laitman.
Photo by Sai Kiran Anagani on Unsplash.
For more information on this topic, visit the following page: Universal Basic Income: Pros and Cons