The Beginning And The End Of The Spiritual Path

Question: Is the starting point of the path birth and the final point death? Or are there different points of beginning and end In spirituality?

Answer: The starting point is the first original point of your spiritual path, and the final point is your complete end of correction, this is the final point. Along with it you enter a different state, which the wisdom of Kabbalah doesn’t tell us about. 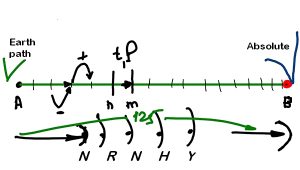 Although there are no secrets here, we cannot simply describe this state in corporeal words and symbols. Our language cannot convey this because our attributes do not exist in the spiritual world. There are no expressions such as, “something is lacking,” “there is something,” “complete something,” “get rid of something,” and so on.

Related Material:
A Door To The Unknown
Steps Along A Great Road
What Happens After The Final Correction?

Differentiation Within A Person
Podcast Powered by podPress (v8.8)