“One Year Into Covid, And Nothing Has Changed” (Linkedin)

My new article on Linkedin “One Year into Covid, and Nothing Has Changed” 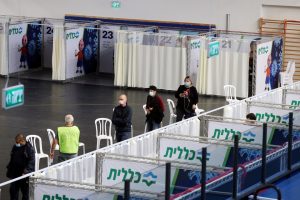 It’s been a year since we started imposing tightening closures the world over because of Covid-19. At first, we thought that we would shut down the economy and send people home for a couple of months, the summer would come and Covid would go, just like the flu. We were wrong. Covid didn’t go, it isn’t going, and we have learned nothing since day one of the pandemic.

The closures, when imposed, are motivated by politics rather than by public health concerns. When decision makers believe that a closure will reflect negatively on their political rivals, they support it. When they think it will help their rivals, they oppose it. But in neither case is public benefit a factor in their decisions.

And the virus, like all viruses, keeps mutating and tightening its grip. Now the world is alarmed by the appearance of mutations from the UK, South Africa, Brazil, and California. But even without an official mutation, the virus today is far more violent than it was when it first appeared. In the beginning, doctors thought it hardly ever affected children. Now, more than a third of the patients are children, at least in Israel, some of whom are seriously ill, and others are suffering from acute and life threatening side effects after they have become virus free, such as Kawasaki-syndrome like symptoms that impact their hearts and brains. And throughout this time, we have been reluctant to look for the real source of the plague.

The pandemic will force us to rethink our existence, reevaluate the purpose of our being here. It is a shame that we have to go through such agony to start thinking about it, but nature is inexorable; it won’t change direction just because we don’t like where it’s going.

In the end, we will see the connection between human nature and all of nature, and how the illnesses in human nature inflict on us illnesses from all of nature. It requires very little commonsense to see that the only sick element in reality is people. One look at any news broadcast will demonstrate the depth of our disgust with one another. No other part of nature bears such feelings toward any other part; the only part that’s full of hate is humankind. All other parts of nature get along smoothly and maintain a balance that supports the thriving of all species. Only we, people, destroy all parts of nature and destroy each other. Therefore, the only part of nature that is sick is human nature, and all the malfunctions that we see in the world are symptoms of the only malady—the sick hatred we feel for one another. So if we heal human nature, we will heal all of nature.

Hatred destroys not only people; it makes us destroy the rest of nature. Our hatred permeates all other levels of nature and causes them to destroy one another, just as cancer metastasizes.

We can cure ourselves from hatred, but we can’t rely on pharmaceutical companies or politicians to do it for us. Only we can cure ourselves, each and every one of us. The real vaccine is our mutual support, the mutual responsibility for one another, since if one of us falls, all of us will fall.

For the time being, I don’t see that humanity is grasping the concept of mutual responsibility and its role in saving our lives from the impending manmade and natural disasters—the worsening symptoms of our hatred. Each of us must feel responsible that we have not yet grasped it. When we all commit to rising above the hatred, when we stop blaming others for our woes and realize that it is not the differences between us that destroy us but the hatred that we feel for one another, we will begin to see positive changes, and not one day sooner. It doesn’t matter who is the prime minister or who is the president; a nation divided is a doomed nation. If we listen, we will save ourselves and the whole world. If we do not, we will destroy ourselves and the entire world.
[277854]

“People Of Israel, Unite Before It Is Too Late” (Linkedin)