Where Is The Sixth Sense?

Question: If the five senses are inside me, where is the sixth sense?

Answer: The sixth sense is a desire to bestow, which does not exist in you at the moment. It is a sense that is conditionally called the sixth sense, but is actually also made of five spiritual senses.

Your heart is an absolute egoism, but inside it there is a point that pulls you upward and yearns for its source, for the Creator. 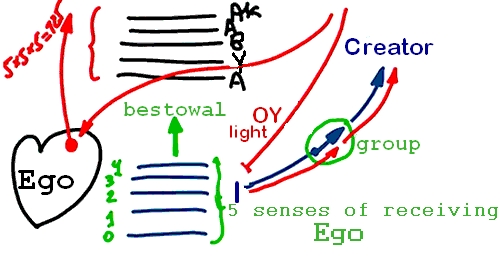 Our role is to bestow unto this point. In order to do so we have to draw the direct light so that it will impact it and then the point in the heart will want to expand, to exit the body, and to ascend above it.

All Complaints Are To Yourself
Podcast Powered by podPress (v8.8)