“What Are Top Jewish Values?” (Quora)

Michael Laitman, On Quora: “What are top Jewish values?“

Top Jewish values are those that originally united us as a Jewish people. They are values initially established by Abraham and his group, who became known as “the people of Israel,” around 3,800 years ago.

Abraham set the foundation for Jewish values of unification and mutual responsibility to spread among his group. Guided by such values, Abraham’s group learned how to live harmoniously as a single unified nation. 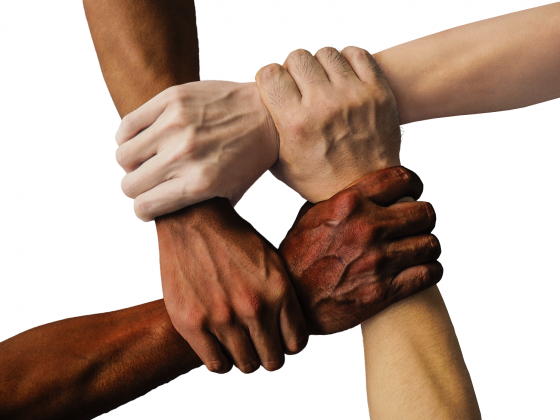 Today, such values have become less relevant in the eyes of many Jews, to a point where we are more like a cluster of separate groups—left vs. right, religious vs. secular, Ashkenazi vs. Sephardi, to name a few—in a constant struggle against one another.

To return to our united roots and reinstate ourselves as a unified Jewish people, we thus need to elevate our original values of unification and mutual responsibility to the center of our common discourse.

Then the question becomes: What would make us want to reunite as a single nation once again? Why is that even important?

Similar to how anti-Semitism once goaded many of us to establish what we now know as the State of Israel, today, as we bear witness to a sharp rise of anti-Semitic sentiment, both directly against Jews and also indirectly disguised as delegitimization of Israel, in many countries—and notably in the United States—we increasingly find ourselves cornered into a situation where we will have to elevate unification and mutual responsibility to top priority for the sake of our very survival.

Understanding unification and mutual responsibility as our leading values—based on laws of nature that we once discovered under Abraham—prepares us for our current and future challenges. With such an understanding, we can strengthen bonds that span across people, groups, factions, ages and genders, and aim to unite everyone, without exception, above all of our differences. And when we’re united above our differences, we will supply a special unifying strength to all people to unite above their differences. This is the meaning of our being called “a light unto the nations.”

By engaging in this venture to build a new harmonious society based on unification and mutual responsibility, we will be able to take big steps toward realizing our destiny that our forefathers dreamed of: to become Jewish in the fullest sense of the term (the Hebrew word for “Jew” [Yehudi] comes from the word for “united” [yihudi] [Yaarot Devash, Part 2, Drush no. 2]). Moreover, by realizing such a vision, we will serve as a model for a perfect society of happy and successful individuals who share life’s most important values of love and connection. As a result, the world will absorb the unifying atmosphere that we project, and anti-Semitism in all of its forms will subside.

Today, the means are available and becoming all the more needed in order to rise above the intensifying social division and realize a whole new positive and harmonious direction for society. In essence, the positive transformation starts with elevating the values of unification and mutual responsibility to the center of our common discourse.

“On The Merits Of Hypocrisy” (Linkedin)
Podcast Powered by podPress (v8.8)