“Desperate For An Economy Of Sharing” (Medium)

Medium published my new article “Desperate for an Economy of Sharing” 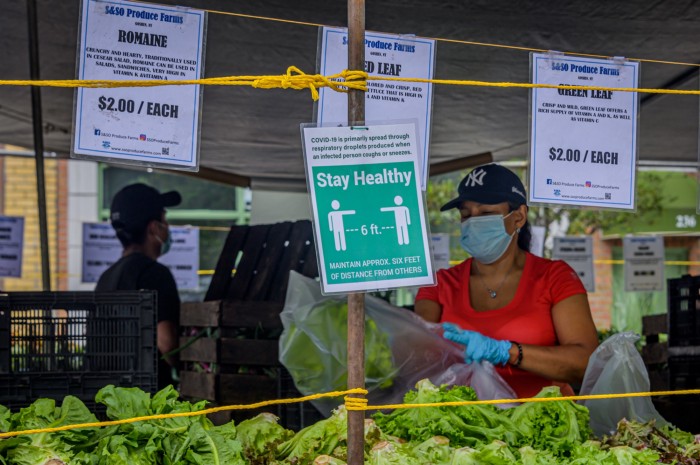 Despite the insistence to keep the economy running, it’s grinding to a halt. “The U.S. economy shrank at a dizzying 33% annual rate in the April-June quarter — by far the worst quarterly plunge ever,” wrote Time magazine.

There are consequences to a slowdown. According to Bloomberg, “A special project by the Census Bureau has set out to map and measure all the anxieties that Covid-19 has brought in its wake.” And the findings are alarming: Almost a third of people in some states have little or no confidence they can pay August’s rent or mortgage. Almost 127 million Americans experienced a loss of income since mid-March, and millions were forced out of work dealing with the pandemic. Worse yet, people’s health was adversely affected by the virus, even if they didn’t catch it. In fact, in addition to high levels of anxiety and depression that the virus stirred, 71 million adults did not get medical care that they needed for a condition unrelated to Covid-19, between mid-June and mid-July.

We’re clearly at a crossroads. Eventually, the government, any government that is elected, will have to make the necessary changes to secure people’s well-being. Otherwise, the chaos we are already seeing in some cities will spread throughout the country.

Although a pandemic is troublesome enough, Covid-19 is much more than that. The transformations it is imposing on us are not merely measures to curb its spreading; they are revolutionizing our entire civilization. The job losses we have experienced until now will dwarf compared to the job market that we will see in the near future. In fact, we are racing toward a reality where not working is the norm and working is the exception. In such circumstances, relief packages will not do; we will need a deep change in our perception of the concepts of work and society.

Only essential jobs will remain. Production of food, clothing, housing, healthcare, education, and other basics are necessary. But even here, automation and robotics will shrink the number of workers. In such a state, it will be impossible to maintain the existing model of salaries to those who work, and a few months of benefits for the unemployed. You can’t have the majority of the nation living on food stamps and in affordable (low-income) housing.

Therefore, we need to establish a two-arm program where one arm adapts the economy to the evolving circumstances, and the other adapts the society to those same evolving circumstances. The economy-arm will reshape production so that monopolies cannot exploit their power and people can afford to buy everything they need to support a modest but reasonable standard of living. If the society-arm works correctly, there will be no need for austerity measures of any kind, everyone will have a decent life, and the country’s budget will be balanced.

People’s income will come either from jobs or from the federal or state governments, a bit like today’s public sector employees. However, these people will not work in public service jobs, but in building a completely new society, since the current structure of society is the cause of the crisis.

The economy is a reflection of the society we live in. The current society fosters excessive consumption, unbridled competition, cruelness, and apathy to the plights of others. These, in turn, create depression, violence, substance abuse, suicide, homicide, bullying, racism, eating disorders, numerous mental health issues, sexual, physical, and emotional abuse, and any form of conceivable misery. The task of the society-arm of the program will be to create solidarity, mutual responsibility, and care among all people. As a result, the economy will become an economy of sharing.

In such an economy, the role of production is not to further pad the already bloated bank accounts of companies’ shareholders. The redesigned economy produces only what is needed, and with an added goal to bring people closer together. Whether one works in manufacturing or provides services, the salaries will be similar and the goal the same: to increase social cohesion and solidarity.

To foster such a society, people will need to understand the shift that the world is taking and participate in it of their own volition. To facilitate this understanding, governments will provide mandatory courses that will show how we are becoming an interdependent society where our lives depend on the lives of everyone else, similar to the way we must keep social distancing in order not to infect other people.

Until today, society consisted of individuals who tried to exploit others for their own needs without any accountability. However, that model has failed and exhausted itself. In the near future, people will realize that only the well-being of society guarantees the well-being of the individual within it. Therefore, people will learn to care for society so that it will care for them. The sooner we realize that this is where we’re going, the better and easier it will be for all of us.
[269680]

The Era Of The Last Generation
Podcast Powered by podPress (v8.8)