My article in Newsmax: “America’s Slow Death by Implosion” 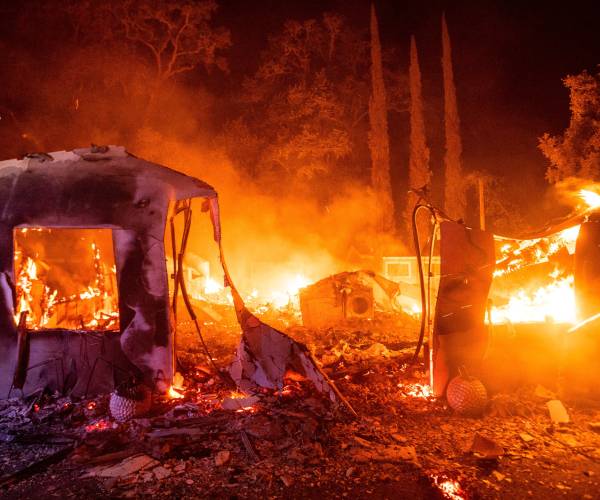 Where is America going?

It seems like there is not a corner in this vast country that isn’t experiencing some sort of a crisis, and often more than one at the same time. On the West Coast, the second and third largest fires in California history are burning at the same time along with more than 500(!) other fires.

The blazes started after California was hit by 11,000 lightning strikes in just three days. Incidentally, the 10 biggest fires in California history have all burned in the last 17 years, which tells you something about the changing climate. But California is not only burning.

The smoke-filled air makes it even more uncomfortable, and often risky, to wear face masks to protect from COVID-19, which is raging all over the U.S. and has so far infected nearly 6 million people and killed more than 180,000.

But a lot more is happening in America right now, or was happening until very recently (depending on when you are reading this column).

In Oregon, anarchists have taken over downtown Portland and have terrorized residents, looted stores, disrupted life and attempted to set ablaze the federal courthouse in the city.

In the Gulf of Mexico, Louisiana and neighboring states are being hit by two tropical storms (one of which is a hurricane) in a span of two days.

In Chicago, the Magnificent Mile high-end shopping street has been looted and its shops destroyed by anarchists, in addition to an extreme wave of gun violence.

Many wealthy Chicagoans are trying to move out of the city but cannot find buyers for their downtown apartments. Just north of Chicago, in Kenosha, Wisconsin, a white officer’s shooting of an unarmed black man behind his back in front of his children reignited the protests against police brutality.

In New York City, gun violence has spiked this year and so far, more than 1,100 people have been slain by gunfire since the beginning of the year in New York City alone.

And while all this is going on, hunger is spreading all over the U.S. According to Forbes, “At minimum, the number of households that lack … stable food supply has doubled, and possibly tripled [since April 2018], making current rates of food insecurity [nearly 30%] higher than at any point since data collection began” By a simple calculation, this means that roughly 100 million people in the U.S. alone often go hungry.

In simple words, many millions of children are currently hungry in what was supposed to be the land of unlimited possibilities.

What is going on here?

There are forces at play here that impact every level of our lives: physical, emotional, and social. On the physical level, they manifest in heating and cooling, pulling and pushing, spreading and converging.

On the emotional level, they manifest in love and hate, alienation and affection, apathy and sympathy. On the social level, they form cohesion and disintegration, war and peace, tolerance and extremism.

When one force becomes more dominant than the other, it pulls toward it the other force which balances it and restores the system’s equilibrium. As the system shifts from imbalance to balance, the ripples impact all levels of nature. The more abrupt and forceful the restoration of balance, the sharper its impact on all levels of existence.

The United States of America has been for many years the center of humanity’s ego-based civilization. So when the system begins to balance itself, its impact will be felt at the heart of it more than anywhere else.

Nowhere does the ego reign so supreme as it does is in the U.S. So when nature begins to enforce balance, it hurts the most in America.

The process of rerouting from the ego-based culture has already begun and will only accelerate. There is no turning back. And America, which was on top while the ego reigned high, will be at the bottom when it falls.

Nevertheless, not all is lost for America since it still depends on itself. If Americans are brave enough to challenge their own beliefs and the system they grew up in, and go along with nature’s push to balance receiving with giving, individuality with mutuality, egoism with altruism, then once again they will come out on top. If they refuse, nature will show them “who’s boss.”

The new era does not refute the American Dream. It is against realizing it at the expense of others. The new era promises abundance, but on condition that everyone enjoys it.

If, in the future, we will advocate tyranny, bullying and superiority, nature will not tolerate it. The era of balance is not one of scarcity; it is one of abundance for everyone, but first and foremost, abundance of caring for one another equally, above all differences.

This is the only route America can take if it wants to save itself from misery.
[269938]

“When Voters Are The Staircase To The Throne” (Linkedin)