“How To Rise Above Time, Space And Motion And Communicate With The Dead” (Thrive Global)

Thrive Global published my new article: “How to Rise Above Time, Space and Motion and Communicate With the Dead”

According to the wisdom of Kabbalah, if we were to develop like nature and its laws, and aspire to a more advanced human state, we would need no such technological means. We would experience a more perfect reality than any technological development that a narrow human brain can ever imagine. 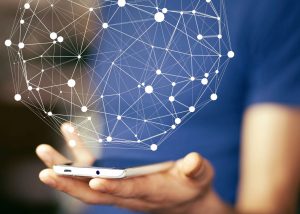 AI technology is taking a turn to help us communicate with the dead. The HereAfter startup offers AI learning so that you can continue holding conversations with your loved ones after they pass away. Instead of settling for stories based on memories of your loved ones, HereAfter offers to learn their speech and behaviors with AI technology, so that you can stay in touch with them after they pass away.

This is yet another example of how we keep advancing technologically, but fail to advance internally, in our attitudes toward people, the world and nature. If we would be more mentally and emotionally advanced, then we would see the need to communicate with our dead loved ones as simply childish and stemming from a lack of purpose in life.

It is understandable that people seek feelings of warmth, support and protection, and that this technology can help provide those sensations, but such engagement contributes nothing to any positive human development. It’s no different to the tendency today to have psychoactive drugs readily available: to hold us within bubbles of calmness.

Society in general lacks purpose in life. What once would illuminate in front of us as a lofty goal worth working toward, has disappeared. In its absence, such developments together with the legalized drug tendency, which I see in the same line, emerge as temporary replacements.

You Don’t Need Technology to Communicate With the Dead

According to the wisdom of Kabbalah, if we were to develop like nature and its laws, and aspire to a more advanced human state, we would need no such technological means. We would experience a more perfect reality than any technological development that a narrow human brain can ever imagine.

It is neither an imaginary, illusory, mystic nor prophetic ability. It is, instead, a very real ability attainable with the Kabbalah methodology.

By rising above time, space and motion in our perception and sensation, we gain access to the beginning and end of nature. We can then dress into any person who has ever lived, knowing what and how they thought and feeling what they felt, and by doing so, learn directly from them and use their advice.

It is as Kabbalist Yehuda Ashlag wrote in his article, “Spirituality Is Called That Which Will Never Be Lost”:

“From that extends what our sages say, who interpret the verses of the Torah. They say that this is what Abraham said to Isaac, and other similar sayings of our sages. They would say what is said, what is explained in the verses.

“The question arises, ‘How did they know what one said to another?’ But, because those who reached the degree where Abraham (or anyone) stood, they see and know what Abraham saw and knew.

“For this reason they know what Abraham said. And likewise in all the sayings of our sages when they interpreted the verses of the Torah. All that was because they, too, attained the degree, and each degree in spirituality is a reality. Everyone sees the reality, as all those who come to the city of London in England see what is in the city and what is said in the city.”

How to Rise Above Time, Space and Motion Using Kabbalah

We each feel time, space and motion within the narrow framework of our subjective individual perception based on our inborn egoistic qualities. The wisdom of Kabbalah is a method for how to rise above our egoistic perception of reality through developing love toward others. By doing so, we reveal an eternal and perfect reality where everything and everyone are connected as one.

Attaining reality in such a way means attaining a perception of nature that is unfiltered and undistorted. We come to feel how nature is a force of love and bestowal, which constantly acts to connect all parts of reality together as a single whole, and we align our approach to life with nature’s laws and functionality.

From this interconnected attainment of reality, we can then access the desires and thoughts of any individual who ever lived. It can be compared to how we currently use a search engine to pull information that we need from a virtual cloud. However, it’s much more intensive than a mere search query, since we literally dress into the states of all kinds of people, from King Solomon to Hitler to people we never knew existed.

Of course, this elated ability can only be granted to those who would use it completely altruistically, for the benefit of others and nature, without a shred of egoistic self-aimed benefit attached. That is nature’s condition. It is why we need the wisdom of Kabbalah to rise above the ego in order to reach such an attitude to reality.

Absolute connection to others and nature requires no sophisticated technologies. We need only work on our thoughts, desires and intentions, called “inner work,” according to the method of Kabbalah, and we then develop a whole new expansive perception and sensation of reality.