Between the Lines – A Talk About Words and Letters

I had a conversation that was recorded titled “Between the Lines,” about words and letters. I spoke with:

Dr. Maxim Sokolov – an otolaryngologist specializing in voice and speech,

Ben-Tzion Gertz – a writer and the host of the program. 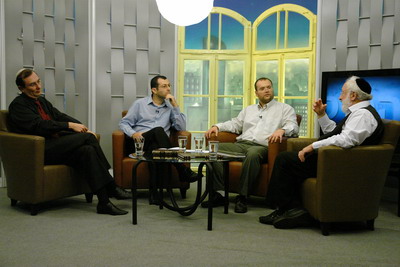 Language or speech is what separates humans from animals. Our throat is a special organ where all the forces of the body and soul come together. The five parts of the lungs supply air through the vocal chords into the five parts of the mouth, and the latter divides all sounds into five groups. A letter’s sound corresponds to its outline, numerical value (Gematria), and the section of the brain that sends out commands to the vocal apparatus. And all this happens according to the five parts of creation and the four-letter name of the Creator. In short, there is still a lot more to talk about!

We Build Our Soul By Correcting the Reshimot That Come to Us (Advanced)
Podcast Powered by podPress (v8.8)