“Could the Large Hadron Collider reveal the secrets of the universe?” (Quora)

Michael Laitman, On Quora: “Could the Large Hadron Collider reveal the secrets of the universe?“

These expensive toys will not let us solve the universe’s deepest secrets, because they do not research in the same dimension as the force that controls the universe.

If we invert our egoistic nature to its opposite—altruism—then we equalize our nature with the source quality of the universe itself, and we would then better understand the universe.

The inner force of the universe, of nature, is called “the Creator” or “the upper force.” This force is a quality of love and bestowal. Equalizing our qualities with nature’s means applying such a quality to ourselves. We would then know the secrets of the universe, i.e. we would understand how nature thinks, its desires, thoughts and actions. It is written about such a state, “From Your actions we will know You.”

We do not need to accelerate particles to discover the secrets of the universe. What we need to accelerate are our own thoughts, desires and intentions toward each other, so that they would connect, and then in their collision—where we aim to love above the hatred, and to unite to each other above our divisive drives—then those tendencies would collide and connect. Then, we would see the universe’s secrets internally, emotionally and boundlessly between people. 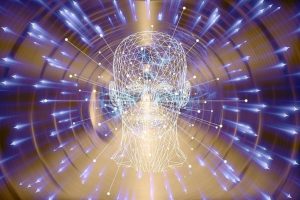