“What is your take on gender equality?” (Quora)

Michael Laitman, On Quora: “What is your take on gender equality?“

Nature made a specific distinction between genders, placing us into an unequal state. Male and female parts in nature are necessary for birth and procreation. If we try to impose an artificial removal of the difference between genders, destroying their influence and attraction, then we will have no next generation. The push for treating genders completely equally emerges specifically in our era when people have lost their bearings, not knowing where to further progress, and so they come up with ideas that there should be equality in a place where nature created inequality.

We thus need to differentiate between nature-made inequality between genders, and the man-made distortion of nature, which today has taken gender equality too far—something that is not in our hands to change.

If we let ourselves increasingly become influenced with the opinion that removes the differentiation between male and female, we will increasingly bear witness to society’s degradation. The expansion of such a view to the center of public opinion would mean people no longer giving birth. We would lose interest in each other, have no more families, and no next generation.

However, we also need to understand why today we experience more imbalance between the concept of our inner self and our external manifestation. In the past, we did not have such issues on mass scales as we do today, i.e. a woman was a woman and a man was a man. Our times, however, are characterized by overblown egoistic growth. Our ego has developed over millennia through its stages of base desires for food, sex and family, and social desires for money, honor, control and knowledge, and today we have started crossing the threshold where our egoistic approach to life can no longer fulfill us. Today, it thus comes as no surprise that we see such unreal and unreasonable egoistic mutations manifesting.

We need to go through these stages of egoism’s overgrowth in order to realize its failure: that we cannot fulfill ourselves and find happiness with the ego determining our way of life. Eventually, we will reveal the human ego as the sole evil quality in existence, that contrary to other levels of nature, the human ego pits us up against nature in its most basic aspects.

The two distinct genders in nature are essential for the development of society and life in general. There is no superiority or inferiority between the genders—only complementarity. Instead of distorting nature with our man-made definitions, which fail to make us happier and more fulfilled, we would be wiser to promote the ways in which we can complement one another, and by doing so, raise the value of positive human connections: among partners, in society and our relationships across the board. By building positive human connections, developing an atmosphere of mutual consideration, support and encouragement throughout society, we create the conditions to find meaning, happiness and true fulfillment, which is what we ultimately need. 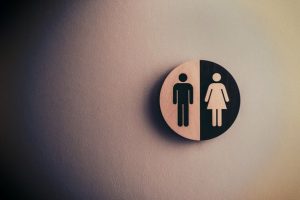