“Do Jewish people have a common genetic background?” (Quora)

Michael Laitman, On Quora: “Do Jewish people have a common genetic background?“

No. However, they have a predisposition to universal unification in order to attain connection with the upper force. That is the reason for their leaving ancient Babylon.

Their common genetic background exists in their descendants, which are souls, and the same soul goes through several bodies. This is called “the incarnation of the souls” in the wisdom of Kabbalah. For instance, Jews existed in all states from ancient Babylon to their current incarnations, they went through all of these lives. They even know their incarnations, or they can find out how they passed through various cultures, such as Spanish, German and Eastern European, all the way until today. Moreover, after they spread from Babylon throughout the world, the underlying desire that developed humanity was growing both in them and in the nations of the world.

Today, the desire’s development has reached a certain level where more and more people feel a predisposition to universal unification. They are identical in every way to those of us who came from ancient Babylon, even though they have been distant from us throughout the 3,700 or so years since we left Babylon. This predisposition to universal unification that more and more people are feeling is a desire that increasingly surfaces today—one to discover the upper force and to undergo a process of correction in order to do so, i.e. to change the desire from personally benefiting oneself to benefiting others. 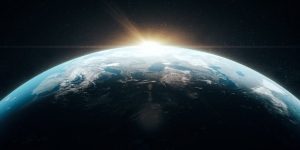 When There Is No Goal in Life
Podcast Powered by podPress (v8.8)