“Neither Diplomacy Nor Military Will Convince Iran Off Nuke” (Linkedin) 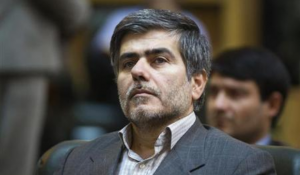 It has been clear from the get go, but after the latest round of talks, everyone understands that Iran has no intention to stall its nuclear arms program. Even before the talks began, Iran’s former head of the nuclear program, Fereydoun Abbasi-Davani, admitted to his country’s efforts to build nuclear weapons. According to Reuters, “Iran abandoned any compromises it had made in talks to revive its 2015 nuclear deal with major powers, pocketed those made by others, and demanded more during indirect U.S.-Iran talks.”

It is written, “If one comes to kill you, kill him first” (Midrash Rabbah, Bamidbar 21:4, and elsewhere). Currently, it appears that Israel will have no choice but to land a preemptive strike to intercept Iran’s plan to destroy it. However, a permanent solution to Iran’s aggression lies not in severing its nuclear power, but in uniting our own ranks.

Regrettably, diplomacy does not work. No one is naive enough to believe that diplomats can solve anything. At best, diplomacy can maintain a facade of communication, something to maintain contact, but no one believes that there is any solution other than a military one.

Even threatening Iran with retaliating with a nuclear weapon in case it strikes with one will not deter it. Considering Iran’s treatment of its own people, it would have no problem losing half of its population for the pleasure of eradicating Israel.

And if we think that economic sanctions will derail Iran’s progress toward a bomb, we should think again. If anything, it will invigorate it and give it an excuse to attack Israel, which will be portrayed as the force behind Iran’s economic woes.

Therefore, as hard as it may be, I think we will have no choice but to “denuke” Iran on our own. If we let it launch a nuclear attack against us, it will not help us to know that we were right all along in assuming their foul intent. It is better to be alive and criticized than justified posthumously.

At the same time, a military solution can only help for so long. If all we rely on is our strength, we are in deep trouble. Currently, it seems like this is the case.

A lasting solution can be found only in our unity. If we unite, it will solve not only our problems with Iran, but with the rest of the world, as well.

Moreover, as I have explained in countless articles and several books (links to two of them below), Israel’s unity will “neutralize” the world’s hatred toward it. We may think of Iran as the aggressor and of ourselves as the potential victim, but the world sees it very differently. Look at the recent resolutions of the UN General Assembly, voting almost unanimously against Israel’s right to sovereignty. When it comes to Israel, the world sides with Iran, and we must ask ourselves why this is so.

The divided society in Israel is sending negative messages to the world. Not only do the nations ridicule us, they also blame us for being the aggressor in the region. Israel is accepted only when it is united. When we are divided, no one appreciates us, and everyone accuses us of their own troubles.

We are always at the center of attention, even, and especially when we do not want to be. We are the only country in the world that is a permanent, mandatory item on the agenda of several UN committees. Because we are so conspicuous, even if against our will, when we are hateful toward each other, this is the example we give to the world. As a result, the world hates us for inciting war and division.

But because we are always “on stage,” we are in a unique position to be a positive influence in the world by setting an exemplary society that others will want to emulate. If we rise above our differences and establish a society based on solidarity and mutual responsibility, this is the example we will give to the world, and the world will reciprocate it with appreciation.

This is why the only lasting, and in the end, possible solution to our problems with Iran, as well as with all other countries, is to work out the problem of our own division. If we do, our problems with the world will dissolve by themselves.

Further reading on the topics of Israel, Jews, and antisemitism: Like a Bundle of Reeds: Why unity and mutual guarantee are today’s call of the hour, and The Jewish Choice: Unity or Anti-Semitism, Historical facts on anti-Semitism as a reflection of Jewish social discord
[290809]

“Instead Of Shooting DARTs At Asteroids, We Should Aim For Our Hearts” (Linkedin)
Podcast Powered by podPress (v8.8)