“This Horror Show Shows Who We Are” (Linkedin) 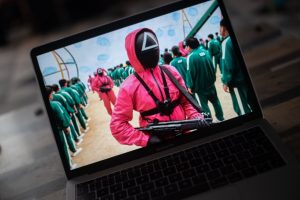 A student of mine told me about a new show called “Squid Game.” It is a South Korean “thriller series,” as they call it, which has become a pop culture phenomenon and is the no. 1 show in more than 90 countries. The show presents several hundred people who are all in great financial debt and in dire emotional states. The producers pit them against each other, even if they are very close, and make them hate each other. The winner takes millions of dollars, and the others are killed. This show wouldn’t be so horrifying if it didn’t portray our true nature. The very fact that we watch such a show enthusiastically is proof that underneath the “civilized” façade, our nature is as the show depicts.

It works like a magnet. We love to watch the struggle between good and evil, as long as we are safe from the consequences of the battle. The thing is that in this show, there is no good; there is only evil.

Indeed, humans are the worst being in reality. What makes us so uniquely evil is the fact that we explicitly want to harm others. We do not want to eat others because we will starve unless we do so; we want to see them suffer! We derive pleasure from others’ pain, and derive the most pleasure when we are the ones inflicting it.

We often say that reality is like a jungle, where the strong eat the weak. However, in the jungle, the strong do not want to destroy the weak; they want to eat. Once they are full, they want to sleep and play, and not kill or hurt for fun. In the human jungle, we do not want to eat other people; we want to see them hurting! This is why the natural jungle thrives without any laws while the human jungle, which we mistakenly refer to as “civilization,” is disintegrating despite the laws that strive to limit our barbarity.

If we had any hopes of finding goodness in human nature, “Squid Game,” and mainly its popularity, proves that we have nothing to hope for when it comes to human nature. If we can create such shows, and if they can be so popular, then we can do such horrors in real life.

The only possible good that can come out of such a show is the realization that it is not fantasy, but an authentic depiction of who we are. Maybe if we realize this, we will be willing to do something about changing ourselves.

The current trend is to dull our awareness of the human horror show we live in by making cannabis available and legal. Indeed, the more we learn about human nature, the more we realize that perhaps it is better to numb ourselves through life until it’s over.

For now, we’re cheering at the sight of other people suffering, much like people used to cheer at the sight of poor men fighting against lions in ancient Rome. Only if we realize that it is not okay to be like that, our minds might open to other options. If such a diabolical program can be the no. 1 show in more than 90 countries, it means that the entire world is immersed in unhinged viciousness.

There is a solution, but it is demanding and must encompass the entire world if it is to succeed. To change who we are, we must initiate a worldwide educational process where such programs are forbidden and pro-human-connection programs are produced and aired. Even if they are not popular, at first, we cannot allow ourselves to be exposed to the violent poison and culture of narcissism that we consume today. They may be sweet, but they are lethal.

If people don’t want to watch shows about human connection, they can put aside their media devices and simply talk to one another. This will already be a major improvement to the current situation.

It may not sound like fun, but what is the option? To live out the “Squid Game.” Besides, after some practice, we will discover that connection and care are far more rewarding and pleasant than destruction and cruelty, and do not carry the negative side effect that is our current culture.
[288645]

“Extremist Islam, A Petrified Europe, And The Fate Of The Jews” (Linkedin)
Podcast Powered by podPress (v8.8)